Posted on behalf of Kathryn Wayne-Spindler & Associates in Gay and Lesbian Legal Issues on November, 18, 2014.

In an unexpected ruling by the Midwest’s 6th Circuit Court on November 6, 2014 the Same-Sex Marriage 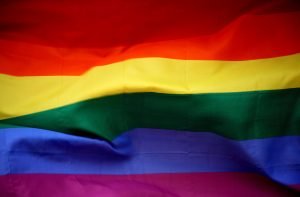 bans in Michigan, Ohio, Tennessee and Kentucky were upheld.  This bucked the prior year’s trend of four other circuit courts ruling that the bans were unconstitutional in 30 states.  This inconsistency from state-to-state opens the door for the U.S. Supreme Court to rule on the issue nationwide.  That’s what two Michigan nurses, April DeBoer, and Jayne Rowse, are hoping will happen within a year.

Richard A. Roane and Steve Sanders explained in their November 13-14, 2014 Family Law Institute seminar update on the marriage equality movement, “This decision created a split amongst the Federal Circuits which now makes it very likely that the US Supreme Court will grant the certiorari petitions that [were filed on Nov. 17] by the Plaintiffs with the possibility of a review and final decision on this issue within the next year.”

“The petitioners also urged the Supreme Court to take the case, arguing that the issue of same-sex marriage ‘is highly unlikely’ to get resolved if it doesn’t intervene,” according to a Nov. 17, 2014 Detroit Free Press article by Tresa Baldas.

This particular case is prime for U.S. Supreme Court ruling because it has made its way through the entire lower court system.  There is a legal record of every argument and witness since the initial lawsuit filed in 2012.

The DeBoer v. Snyder case had its beginnings in the 2004 Michigan vote that resulted in a state-wide marriage ban.  DeBoer and Rowse, a same-sex couple with three special needs children, sought to overturn that ban as unconstitutional.  They want to be allowed to legally marry and jointly adopt their children.  Their case had a brief victory when, in March 2014, a judge ruled the Michigan ban was unconstitutional.  For a few hours on Saturday, March 22, county clerks and clergy in four Michigan counties scrambled to issue marriage licenses and perform legal same-sex marriage for 300 couples.  A stay was issued later that day and the case moved onto a higher court for the next appeal and most recently, the 6th Circuit Court.

The 6th Circuit judges ruled 2-1 that the courts should not be allowed to overturn a voter mandate.  In the majority ruling, Judge Sutton wrote, “When the courts do not let people resolve new social issues like this one, they perpetuate the idea that the heroes in these change events are judges and lawyers.”

Roane and Sanders wrote, “In the two to one decision, Judge Sutton opined that the legal issues presented were more appropriately resolved through the political process than the courts.” They wrote that the 6th Circuit’s ruling failed to address significant U.S. constitutional protections that the U.S. Supreme Court may now consider.

In the 6th Circuit Court dissenting remarks, Judge Daughtrey wrote, “If we the judiciary do not have the authority, and indeed the responsibility, to right fundamental wrongs left excused by a majority of the electorate, our whole intricate, Constitutional system of checks and balances, as well as the oaths to which we swore, prove to be nothing but shams.”

In the meantime, the Michigan Attorney General, Bill Schuette, has filed a petition to declare the 300 marriages performed in Michigan on March 22, 2014, “void in light of the Sixth Circuit’s decision…”