People are watching the spectacle of Food Network star Bobby Flay’s current divorce from Law and Order SVU actress Stephanie March not only for scintillating gossip but for news of the contested prenuptial agreement as well. Their public argument calls into question the viability of prenup agreements in the fast-changing world of high-profile marriage and divorce. It leaves a lot of people wondering, do prenups work? 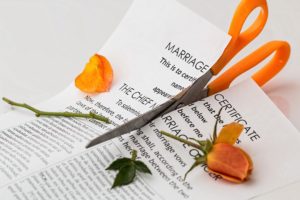 “As a third-time husband, Flay had cleverly insisted on a prenup with alimony of $5,000 a month and a $1 million buyout for their family home,” according to TheDailyBeast article, “Inside Bobby Flay’s Insane Divorce: Boob Jobs, January Jones, and a ‘Cheater’ Plane Banner.”

March is arguing that the agreement should be nullified because some of his estimated $20 million net worth was earned because of her. She claims that she contributed to the success of Flay’s restaurants by suggesting menu items, lighting and décor and by being his “ultimate taste tester.” She also claims that Flay kept almost $200,000 in profits from a winning racehorse Flay gave her for their anniversary.

In addition, she has accused Flay of infidelity with three women including his assistant and January Jones.

March is also arguing that the spousal support amount should be higher because she is encountering serious medical issues that limit her ability to work and support herself. She had a burst appendix and has infections. (Flay claims from a breast-enhancement surgery.)

If she can convince the courts to invalidate the prenuptial agreement, she could stand to get closer to 50 percent of the $20 million in worth he gained during the course of their 10-year marriage.

What can take down a prenuptial agreement?

The most common things that can invalidate a prenuptial agreement are procedural. Both parties must have time to read and consider the options before signing. Each must have the ability to consult an expert or attorney before signing. The document must be properly written, signed, notarized and complete. Invalid or missing assets can nullify the paperwork as can intentionally fraudulent or coercive statements.

One subjective piece that could challenge some prenups regards “unconscionable contracts.” Sometimes a prenup is so lopsided that the courts find it invalid. According to Attorney Kathryn Wayne-Spindler, “This is because the court finds it so unfair that to enforce it would cause one person to be severely penalized.”

Does March have a chance?

Although accurate accountings of their legal proceedings are hard to come by, one online story suggested that their agreement was properly signed and notarized. Judging from some of March’s arguments about her physical condition and hardship, she may be looking to attack the “fairness” aspect by showing that she will suffer unduly from the enforcement of the contract.

The accusation of infidelities might be a tactic to demonstrate that Flay acted fraudulently in marrying March whom he had no intention of being faithful to. In which case, she might introduce doubt about his motivation for encouraging her to sign a prenuptial agreement.

On Flay’s side, lawyers argue that March’s tactics are designed to “renegotiate a prenuptial agreement that was agreed to over a decade ago and never amended during the marriage.”

Flay’s side argues that he followed procedures and that March willingly signed the agreement and that over the course of their marriage, she has not sought any adaptations.

Many will be watching closely to find out the answer to the question: Do Prenups Work? – and if we’re being honest, maybe on Entertainment Tonight too.