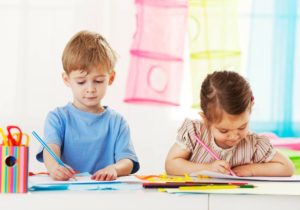 Bird Nest Custody – never heard of it? It’s no wonder. It’s a little used but fascinating take on shared custody in which the children stay put in one house, and the parents take turns living there. Both parents must be on board with it. It takes an intensely mutually-motivated couple to withstand the challenges that can erupt. Ideally, it’s an admirable situation with the interest of giving the children a stable environment. In reality, bird nest custody can be filled with conflict and parental sacrifices.

In bird nest custody situations, spouses keep the original family home as the nest. In addition, each spouse finds a small nearby home, apartment or hotel for when they are not staying in the bird’s nest. Often, the couple will alternate one week on in the nest and one off. On transition day, the nest provides a neutral environment for reviewing the calendar and communicating concerns.

When bird nest custody does work, the kids have a constant household. They remain in their schools, have steady friends nearby and can continue their social and activity schedules. They avoid the sometimes-awkward adjustment period of re-acclimating to separate parental households as in traditional shared-custody arrangements where the kids’ alternate houses. “For the kids, there are no worries about waking up in the night and not remembering which house you’re sleeping in,” said Milford, MI-based divorce attorney Kathryn Wayne-Spindler.

“The point of bird’s nest custody is to create a less disruptive life for the children. The tradeoff is that the parents’ lives are perhaps made more difficult,” according to CustodyZen.com whose tagline is, “Parenting Apart, Together.”

Sometimes, couples divorce because they are looking for more peace and pleasantness in their own lives. They may feel that with less energy diverted to resolving marital conflict, they have more time and love for the kids. It’s like the emergency directions on an airplane. Secure your own mask before helping others.

In order for the Nesting situation to work, the children’s needs come first. Some people are truly more satisfied in a situation where they are selflessly devoted to their children. If they are genuinely made happier by their children’s emotional fulfillment, then bird nest custody may be just right for them. If, however, they feel overburdened by the sacrifices necessary to make Nesting happen, they may not feel much happier than in an unsatisfactory marriage. In real life, there are multitudes of reasons why Nesting is so rarely selected.

Although designed to give the kids a peaceful familiar environment to continue on living their lives, there’s rarely anything peaceful about it. “First of all, it hardly ever works out ideally,” said Wayne-Spindler, “When you think about all the reasons that people get divorced, they’re still there when Nesting.”

In addition to finances, sex, religion, and in-laws some of the biggest marital fights are about the littlest things. Married people fight about who broke the window, let the kids stay up late, or polished off the last of the Oreos. These arguments may be representative of larger power struggles. They still exist when Nesting but without the legally-binding bond of matrimony forcing the spouses to work through it. When Nesting, the couple’s only recourse is to return to court or mediation every time a disagreement proceeds beyond workable. Nesting is not a suggested situation for high-conflict divorces.

“Unless one party is particularly willing to acquiesce, the fighting continues pretty much as it did pre-divorce,” says Wayne-Spindler.

The Bird Nest custody house is supposed to be neutral territory. But complications can arise when one spouse moves on romantically. What happens to the neutrality when one or both former spouses begin dating again or remarry? If half the time is spent in the neutral house, how does mom’s new boyfriend or dad’s new wife find a place in a shared household?

Bird Nest Custody can be Expensive

While maintaining expenses for the family home, Nesting couples also have two smaller places on the side for when they’re not living at the shared home. That means three mortgages or rents; three sets of dishes and three cable bills. If finances were already a source of conflict in marriage, Nesting custody may not be the way to go.

What happens when people try Nesting and find it doesn’t work? Litigation. The couple goes back to court to renegotiate custody and the separation of the shared home.

“Litigation is a no-win situation on several fronts. It leads to one party feeling like they lost, it inhibits the chance of co-parenting, and the expenses used to pay for it are wasted when that money could otherwise have been used for the children that are being litigated over,” according to the CustodyZen website.

One proposed alternative to bird nest custody is a “No Parental Relocation” agreement that can be drawn up during divorce proceedings. For many, the goal of successful co-parenting is for the kids to have frequent, spontaneous, natural contact with each parent, while still maintaining their own lifestyles. Some say this can be accomplished by the parents living within 20 minutes of each other. At this distance, schedules are more easily maintained and the spontaneous contact of school lunches, bike rides and sporting events can be preserved.

Kathryn Wayne-Spindler has worked with divorcing couples across the spectrum of custody situations and finds that no matter how many households or what the distance between them, “the key to making co-parenting work is a respect for the benefit of having two involved parents.” She is happy to share with clients her experiences gained from years of negotiating custody agreements. Contact Kathryn Wayne-Spindler and Associates at 248-676-1000.