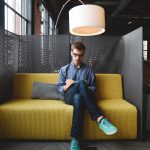 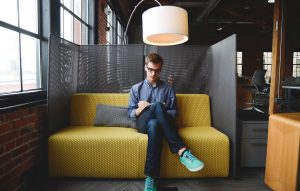 Anyone who has been a divorce attorney long enough has seen personality disorders in action. In a clinical way, we see what happens to a family when one or more parties suffers from undiagnosed and untreated personality disorders. One of the more destructive ones for a marriage is Narcissistic Personality Disorder.

According to Out Of the Fog, NPD diagnosis is defined by the presence of five or more of the following:”

Many (if not most) people in our society show a couple of these traits or even three or four to a mild degree. Many walk the line between annoying (but harmless) arrogance and Narcissistic Personality Disorder. “Narcissists can be highly intelligent, witty, talented, likable, and fun to be around,” according to the Out Of The Fog article.

We may forgive their arrogance because of their admirable qualities.

Where the personality disorder comes into play in a harmful way to the marriage, is when these NPD behaviors are so severe that they interfere with the ability to have considerate relationships. Those suffering from NPD tend to manipulate, bully, lie, intimidate, harass and connive in order to garner the attention they believe they deserve. “Narcissists are good at pretending, but typically do not feel compassion or empathy or consider the feelings or well-being of others. They tend to be singularly focused on getting their own needs met, at the expense of the needs of other.”

For the spouse or children of someone with NPD, the experience can be overwhelming and destructive.

“Living with a person who has NPD can have a devastating effect on the self-esteem, confidence and quality of life for family members, friends and partners,” according to Out Of The Fog. “More than any other disorder on the PD spectrum, narcissists are like psychological vampires, attaching themselves to you in a way that drains you of your resources (emotional, mental and financial) and leaves you questioning your own worth and sanity.”

Separating from an NPD spouse

It’s the emotional abuse that makes it tough for victims to build up the confidence to split from an NPD spouse. “As a divorce attorney, I am always on the lookout for signs of mental health disorders,” says Wixom Divorce Attorney Kathryn Wayne-Spindler, “Once a person has gotten the courage to split from a destructive influence, I am their strong advocate in the courtroom. Victims of abusive spouses can count on me to take on their legal worries so they can concentrate on getting the counseling and emotional support they need to rebuild after divorce.”

Experienced White Lake Divorce Attorney Kathryn Wayne-Spindler has helped many clients who are either suffering from a mental health disorder or are the spouse of a person suffering from a mental health disorder. This is more pervasive today than people might think. To find out your legal options, contact her at the Milford, Michigan office by calling 248-685-8888 for a free consultation.