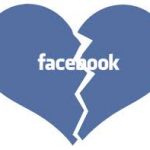 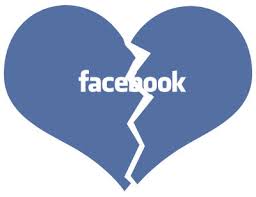 Facebook is testing a breakup tool that allows people to limit their exposure to posts and photos of former loves. Whether ex-boyfriend, ex-girlfriend or former spouse, the barrage of social media posts from past relationships can be torturous. Constantly following an ex can impede the emotional healing process. Formerly, the only options to avoid seeing your exes’ Facebook posts were “Unfriend,” “Unfollow” and “Block.”
According to TheGuardian.com, “Facebook is trialling tools that hide posts and updates and make it easier to untag posts with an ex, without the need for the savage steps of un-friending or blocking.”
For some, like Facebook user Maggie Dufau-Hamberger, she sees no need for the transitional tool. She commented, “Savage step!? … Unfriend, unfollow, move on. If you’re cyber-stalking your ex, you need psychotherapy not an App.”
Timothy Hedden writes, “they already have block. unfriend and unfollow. All three of those should cover whichever level of disaster your relationship ended as.”

For some though, Unfriending and Blocking are too drastic for couples trying to dissolve a relationship with civility. When spouses mutually agree to separate, unfriending can be a harsh and obvious statement. It can also block access to photos and posts of your kids while they’re in your former spouse’s care. It might be comforting to see that he’s taking them to the apple orchard or she’s with them at the Car Show.
On the other hand, full access does allow the temptation for unhealthy obsessions and cyber-stalking. The new Facebook breakup tool is designed to help find a happy medium.
“This work is part of our ongoing effort to develop resources for people who may be going through difficult moments in their lives. We hope these tools will help people end relationships on Facebook with greater ease, comfort and sense of control,” the company said in a statement released on Time.com.

It starts when you change your status to “Single.” The Facebook breakup tool follows with prompts asking if you would like to “see less of…” Selecting this option allows you to eliminate your ex from your newsfeed, block them from seeing changes you post, and un-tag yourself in their photos and them in yours. It also removes your former partner’s name from the list of suggestions when you go to tag current photos or send messages. At the same time, you can still access their profile and they yours.
“So, sure, feel free to have your friends tag you in that embarrassing video of you flopping around in a ball pit. Your ex won’t see it!” writes Jenna Amatulli in the Huffington Post.
No more stumbling upon photos of former loves with their new partners. No more popup Facebook anniversary slideshows of you smooching a now ex.
Some comments about the Facebook breakup tool are positive. Like Rex Stewart who writes, “I have a close relationship with my ex-wife. I am by no means tortured by photos of her. We have a daughter and the lack of animosity and bitterness my ex-wife and I have is only good for our daughter.”
While others are more skeptical.
“I mean, what percentage of facebook friends are actually our friends. You might NOT want to be friends with an ex IRL but facebook is just for people we don’t wish were dead,” comments Samantha Decker on Facebook in response to the Guardian article.
And then there are some breakups where Block and Unfriend are simply not drastic enough and you’re left hoping Facebook develops Voodoo Doll technology.

For advice about the legal side of a breakup or divorce, contact experienced South Lyon Divorce Attorney Kathryn Wayne-Spindler. She has been handling Metro-Detroit area divorces and separations for more than 20 years. She has seen the full spectrum of breakups from contentious to mutually-collaborative. Call the Milford, Michigan office at 248-685-8888 for a free consultation. Wayne-Spindler is happy to talk to anyone contemplating or going to through divorce or separation. She offers free advice and will walk clients step-by-step through the divorce process.