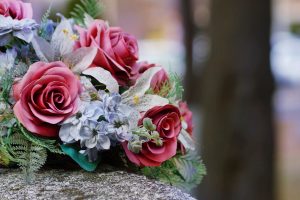 When negotiating divorce and child custody agreements, it’s important to prepare for all possible scenarios. In terms of child support and custody, unfortunately, one of those scenarios is the death of one of the parents. It’s tragic to imagine this scenario from a child’s emotional perspective. As uncomfortable as it is to speculate, the potential death of either the custodial or non-custodial parent should be considered.

In the case of the death of a parent paying child support, the custodial parent may wonder where funds will come from. “It’s unfortunate when a parent who was charged with paying child support dies. However, the obligation to support a child does not die with the parent,” according to advice from Debrina Washington, a single-parent specialist for AboutParenting.com.

A life insurance policy is the first source of support income to be considered for continued child support. The life insurance policy should include the children or the custodial parent as beneficiaries. Payments can also come from the sale of a parent’s estate assets including real estate, 401Ks, and investments.

“Was the deceased parent gainfully employed for a period of time? If so, the surviving parent can seek benefits on behalf of the child from the Social Security Administration,” according to the article “Child Support Following a Parent’s Death.”

The only circumstances that would discontinue child support responsibilities according to the Michigan Friend of the Court guidelines, are when the child:

The FOC regulations specify that the child support responsibilities discontinue if, “The payee dies and no legal responsibility with a third party is established.”

“In the event of the death of the custodial parent, custody would automatically go to the other parent unless a motion is filed with the courts to declare him or her unfit,” according to White Lake Child Support Attorney Kathryn Wayne-Spindler. “In that situation, if a guardian takes custody, the non-custodial parent would continue to pay child support payments.”

Wayne-Spindler also explained that after the death of a former custodial parent, the parent who takes custody must provide paperwork – usually including the death certificate – to the courts in order for child support income withholding to cease. She worked a case about 10 years ago in Wayne County where a parent provided all of the necessary paperwork to the FOC proving the death of his ex-wife. The withholdings eventually discontinued and Wayne-Spindler requested a return of the amount due back to her client. The Friend of the Court office never provided that accounting. Be immediately active when tragedy hits because stopping the income withholding can be difficult in some counties.

White Lake Family Law Attorney Wayne-Spindler explained that child support arrears belong to the child. If a child reaches the age of majority and child support payments are still owed, the child can sue the parent or parent’s estate (within the statute of limitations) for the amount due.