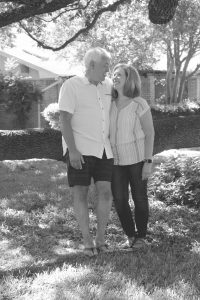 years) before splitting.  Others say it’s because of the high-asset nature of their separations. Whatever the reason behind the label, for the purposes of demographics, Silver Divorce is an emerging trend of people over the age of 50 divorcing.  Here are some of the most common reasons behind Silver Divorce:

Sheer numbers
For the 78 million baby-boomers born between 1946 and 1964, an increase in the number of divorces is inevitable just based on the sheer number of marriages.  Even if the divorce rates were to remain constant, there would be more divorces after the age of 50.


Life expectancy
As life expectancies in the United States have risen dramatically in the last decade to 81 for women and 76 for men, there are more couples married for 50 years and beyond.  For some, that’s too long to be unhappy.  In the 1950s, when many boomers were growing up, the average life expectancy was just 65 for men and 71 for women.  Now, there are years, if not decades for married couples to interact without the binding factors of dependent children and careers.  Retired people have a lot of active years to spend together and 10-30 years can seem like an even longer time if the spouses’ interests are dissimilar.  Some crave adventure, travel, and excitement while their spouse may think of retirement years as their chance to relax, unwind and read a good book in a hammock.


Married younger
Baby boomers tended to marry younger and with shorter courtships.  According to an Aug. 20, 2013 Economist article, “A silver lining”, “couples are tying the knot later than they did before.  In 1976 the average age of marriage was in the mid to later twenties.  That has since leaped up to the mid-thirties.” Cohabitation before marriage was frowned upon for the boomer generation.  As a result, couples had shorter and less intimate pre-marriage relationships.  They knew less about each other’s weaknesses and quirks.  Undesirable personality traits and addictions were hidden more easily than in today’s dating world where it is said up to 84 percent of marriages begin with a period of pre-wedding cohabitation.

Gender Roles
In generations past, there was such gender inequality, some traditional marriage roles bordered on emotionally, if not physically, abusive.  Now, (usually) women are looking around at other couples and realizing that they are being mistreated and disrespected by their husbands and are not willing to put up with it for decades to come.  “And for women, who more often initiate divorces in all age groups, traditional gender roles – in which the woman runs the household – can become stifling during retirement.  They might simply tire of waiting on a layabout spouse,” according to Dana DiFilippo’s article, “Later-Life Divorce: It’s Never Too Late to Part Ways.”

Less social stigma
The “Til’ death do us part,” vow held more sway with pre-boomer couples.  Religious, financial and social pressures held even the unhappiest couples together.  As the social stigma of divorce has waned, the divorce rates have increased across all age groups.

Financial independence
Boomer women were the first generation to intentionally seek out careers beyond the home. “Before them, marriages weren’t likely to end in divorce because it was socially unacceptable and, for women, financially unfeasible,” according to the August 2013 Economist article.  Sarah Treleaven, author of a Sept. 2013 article titled, “The growing trend of ‘silver divorces’ and why they happen”, wrote, “Now that women can support themselves, they’re questioning how much value they’re actually getting from a partnership and if it’s worth whatever they’re giving up.”

Women filing for divorce
“Indeed the upward trend in divorces is not just restricted to older men, who have long been seen as financially stable enough to split from their wives, and financially attractive enough to find a younger model,” explained the August 2013 Economist article. Senior women are now likely to have college and graduate degrees, high-paying jobs and a level of social independence that extends beyond their marriage. This gives many women the confidence to know that they can provide for themselves in their retirement years without depending on support from an ex-spouse.

Independent Children
One reason a lot of unhappy couples stay together is that the thought of divorced co-parenting of minor children is simply too daunting.  There is the “stick-it-out-for-the-kids” philosophy. Once those kids are grown and independent, there may be less utility to the union both financially and logistically.

Online dating and remarriage
Another former obstacle to divorce was the painful prospect of dating after divorce.  With the rise in online dating sites, the process of returning to the dating world is less intimidating for some. Although many people divorce and find their social freedom invigorating, others may still long for monogamous companionship.  Online dating sites like Match.com and E-Harmony provide single seniors a more comfortable way start a new relationship after a long dating hiatus.  According to DiFilippo, an AARP study shows that about one-third of divorcees remarry, including six percent who remarried their ex-spouses.

Divorce satisfaction
Possibly the most telling statistic of the growing Silver Divorce trend is the AARP study that found that three-quarters of the silver divorcees surveyed, reported feeling that they made the right decision.
Divorce produces hardships and heartache no matter what age the split occurs, but there are enough viable reasons for later-in-life divorce to prove that unlike the Don Williams song, silver doesn’t always turn to gold.