Modernizing the Paternity Battle:  The Revocation of Paternity Act

Posted on behalf of Kathryn Wayne-Spindler & Associates in Child Custody on Dec. 2, 2014.

The age of public infidelity, DNA testing and Maury Povich, have brought to light the antiquity of former paternity assumptions and laws.  Michigan’s 2012 Revocation of Paternity Act (RPA) modernizes the process for a man to legally claim paternity of a child.

In 2012, Gov. Snyder made the RPA a law.  Until that point, the courts based paternity on presumption and unreliable “proof.”  The RPA gives men, who believe they have fathered a child, the right to prove that connection so they can visit, support and make decisions for their offspring.

“Prior to the Revocation of Paternity Act, it was presumed by law and by the courts that any child conceived or born during a marriage was the ‘product of that marriage’ and that the husband in the marriage was the father of the child,” according to the Schmidt Law Services article, “MI Passes Revocation of Paternity Act & What it Means to Parents.”

For a long time, that standard prevailed because it was believed that, regardless of biology, the best parenting came from two married parents.  Prior to genetic testing, the only way for an alleged father to prove that the presumed father was not the parent, was to prove that he was either impotent or that he was away from the mother for the period of conception and that only proved who was not the father, not who was.  Rather than disrupt married parents with “unprovable” claims of paternity, (and infidelity) the courts held with presumption as the basis for determining paternity. 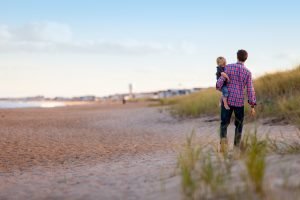 With the RPA in place, the Alleged Father can now challenge presumed paternity within three years of the Acknowledgement of Paternity form being signed.  He must show that he did not know or have reason to believe that the woman was married at the time of conception.  The request for the revocation of paternity must include reasons why the presumption of paternity has changed.  For instance, the mother did not know/declare who the biological father was.  The request could also be based on the results of recent genetic testing of the child.

Samantha Cook, a law student at the Michigan State University College of Law, detailed in her paper, “Michigan’s Revocation of Paternity Act: The Plight of the Putative Father” the advantages and fault of the RPA.  She reported that Alleged Fathers are still at a disadvantage when seeking paternity.  There are still vestiges of a presumption that remain.  She believes that the old-fashioned notion of preserving the sanctity of married parenting is obsolete.  She also believes that in light of technology, the courts should do away with the emotional standards of whether the Alleged Father knew the mother was married and depend more fully on DNA testing.

“As genetic tests are now capable of determining paternity at an accuracy rate of 99.9 percent, the validity of a finding could be assumed,” she wrote.

She would also extend the time period for claiming paternity claims beyond the three-year limit.  Although she did not specify what age the cut-off should be, she wrote that Alleged Fathers are at a disadvantage because the Mothers decide if/when to tell the Alleged Father of the existence of a child or of her paternity suspicions.

Although the RPA will continue to be tested in the courts, it gives Alleged Fathers the possibility of claiming paternity and contributing to their children’s well-being.