Divorce affects not just the adults who want to call it quits but also the children who suddenly find their lives seemingly turned upside down in Michigan. This is especially true if the two parents are fighting for child custody. Research shows that children of wealthy families are actually more impacted by the split-up of their parents than poorer kids are. However, they appear to experience more benefits of becoming part of stepfamilies than poor children do. 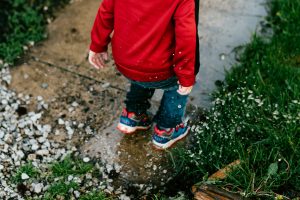 According to the study, the children of wealthy families usually experience a greater increase in the chance of a child misbehaving after divorce. It’s worth noting that children are most vulnerable post-divorce if they are between the ages of 3 and 5. The study involved about 4,000 kids from different economic groups.

The reason that wealthier parents’ children tend to act out at a higher rate, compared with poorer parents’ children, following a divorce is not clear. Still, one reason may be that the household income has dipped because the dad, who is typically the breadwinner, has moved out. In addition, the children might have to relocate to a brand new neighborhood and thus may struggle with the instability of the transition. The child’s behavior fortunately may improve once he or she is blended into a stepfamily, according to the study.

The quality of one’s home environment is critical for maintaining a child’s emotional and social well-being during and after divorce. This is why divorce mediation can be helpful — it typically allows both parties to try to amicably develop a parenting plan that takes into consideration their individual interests as well as those of their children. Divorce mediation in Michigan helps a family avoid having a child custody battle in court, which — though sometimes necessary — may be more stressful for the entire family.