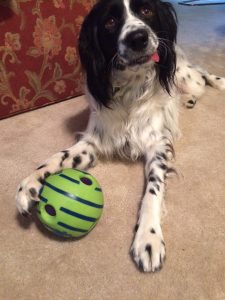 People naturally get attached to their pets. This is why having to separate from a pet permanently following a divorce can leave an individual in Michigan feeling distraught and desperate for a better option. Pets are considered assets that divorce courts will have to “divide” if two people who are getting a divorce can’t decide on their own how to handle them post-divorce.

Pets are now considered highly valued family members, so pet custody continues to be a major issue in many American households. Two individuals can try to approach the situation fairly by allowing one person to keep the pet and assume its expenses while the other individual has regular visitations with the pet. In other cases, the two individuals can shuttle the pet between their two households at established times. Coming up with either of these types of plans keeps the couple from having to take their issue to court, where a judge would have to determine how best to address their pet.

A pet is deemed property, or an asset, in the eyes of the law since it is not human. However, pets do require some consistency between both divorcing individuals’ households in order to be as emotionally healthy as possible. A veterinarian may provide some tips on ways in which the individuals can make their pet’s transition to post-divorce life easier for the pet.

Pet custody disputes can make an already complicated divorce that much more difficult. Implementing a pet parenting plan, however, may help to lessen the feeling of loss a person might experience during a divorce. Both pet owners have the right to seek an outcome that pleases them individually while considering the other party’s desires when dealing with assets such as pets in a Michigan divorce.

Source: The Huffington Post, “Divorce Confidential: The Fight for Your Pet in Divorce“, Caroline Choi, Sept. 24, 2014