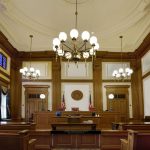 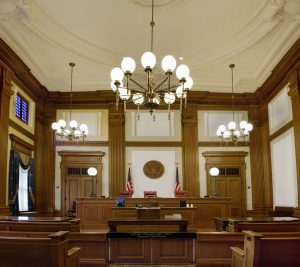 In most divorces there are five main players in the courtroom scene – the spouses, their attorneys, and the judge. All adults. They negotiate, mediate, meet, fight, plan, argue and resolve. The unseen actors in the legal drama are often the children. Understandably, parents want to protect their kids from the harsh realities of the courthouse and may not want them privy to adult issues like infidelity, mental illness, and drug use. Many parents also believe that, as parents, they know what’s best for their kids. So how much influence should courts give child choice of custodial parent?

In typical custody cases, the court considers twelve factors including, “[t]he reasonable preference of the child, if the court considers the child to be of sufficient age to express preference,” according to the Michigan CHILD CUSTODY ACT OF 1970 (EXCERPT) Act 91 of 1970 that defines the 12 factors that judges apply when deciding child custody questions.

Most of the twelve Michigan Child Custody Best Interest Factors have to do with the adults – their ability to parent and provide for the kids. Justifiably, the kids can’t be expected to know what they need. They don’t know about school districts and medical insurance. But many of the factors take into account unquantifiable qualities like “The love, affection, and other emotional ties existing between the parties involved and the child.”

These are factors that can be influenced by the child’s assessment.

“It is up to the court to decide whether a child is old enough to state a preference. Courts have considered children as young as eight old enough. The court will give more weight to this factor with children who are older or more mature. There is no age at which a child can decide where he or she wants to live,” according to Michigan Legal Help.

The age of a consideration is intentionally left unquantified. As we all know, not all eight-year-olds are made alike. One may be self-assured and reasonable, while another may be immature and anxious.

“No child custody dispute is based solely on a child’s preference as to which parent the child would like to live with. How much weight or importance a court gives to your child’s wishes depends on many factors, such as:

According to the Lawyers.com blog, “Your Child’s Wishes May Count in Child Custody Agreements.”

This list brings up an interesting point regarding children’s ability to be involved in the custody battle. Some children are easily influenced. They might say anything for a candy bar or to please a parent. Unfortunately, some parents are looking at custody as a battle in which their pride is at stake. As a win-at-any-cost prize, custody sometimes causes normally reasonable people to act irrationally. Sometimes, parents will try to influence their child’s perception in their favor. This can be either positively – through bribes or extravagant gifts – or negatively by seeking to turn the child against the other parent. Occasionally this goes to the extreme in the form of Parent Alienation Syndrome. “[I]t’s when one parent is literally alienated from his or her child due to badmouthing, disparaging and, as it’s referred to by some professionals, “poisoning” by the other parent.”

Parent Alienation Syndrome is harmful to all the parties, including the kids. Judges are experienced at assessing the degree to which the child is being manipulated by one parent or another. With twelve factors to balance, if a judge perceives that the child’s mind is being “poisoned,” the child’s preference may hold less weight. The judge may also factor in the manipulative parent’s actions.

The child’s preference is not expressed publically. In Michigan, a child can have a private interview with a judge or a social worker employed by the courts. “The parents and attorneys never know the child’s preference,” according to Oakland County Child Custody Attorney Kathryn Wayne-Spindler. “The only way the parents ever hear what was said is if the child decides to tell them.”

In a bit of well-spoken advice to parents, authors Elaine Taylor-Klaus & Diane Dempster outline why it’s so important to hear a child choice of custodial parent preference. “For kids to grow into healthy, independent adults, they need to practice making decisions for themselves, and negotiating for what they want — even if what they want seems absurd or unimportant to you. Because, it’s not about you.”

The article, “Kids Who ‘Talk Back’ Become More Successful Adults” relates, “Parenting a child toward independence almost feels like a contradiction in terms. But when we remember that we’re not raising children, we’re raising future adults, it helps a lot.”

“By encouraging the children to express themselves, custody becomes truly about their best interests and not an extension of the parents’ divorce process,” says experienced White Lake Divorce Attorney Kathryn Wayne-Spindler. “It may be hard for some parents who are used to controlling their kids, but allowing them to disagree during childhood gives them practice toward advocating for themselves as adults.”

Kathryn Wayne-Spindler has successfully handled difficult divorce and custody cases for more than 20 years in Southeastern Michigan. She has a great track record of negotiating parenting time agreements that satisfy all parties’ needs including the children. For a free consultation, call the Law Office of Kathryn Wayne-Spindler & Associates at 248-685-8888 or email spindlerlaw@comcast.net.