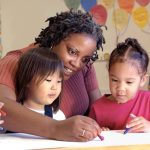 When challenging custodial arrangements, the courts will consider not only the 12 Best-Interest Factors but the existence of an Established Custodial Environment as well. 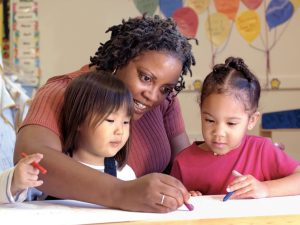 In any custody challenge, the courts will first look to see if there is proper cause for seeking a change.

The proposed custody change must be shown to not just be good for the child but sufficiently beneficial to warrant disrupting the existing situation. In establishing proper cause to revisit custody arrangements, according to M.C.L.A. 722.23(a-l), 722.27(1)(c), the relevant facts “must be of a magnitude to have a significant effect on the child’s well-being to the extent that revisiting the custody order would be proper.”

Once it’s determined that there is proper cause to request a custody change, the courts will look to see if either or both parents have an Established Custodial Environment.

As defined by Berger v Berger 277 Mich, App 700 (2008), an Established Custodial Environment is: “an environment of “significant duration in which a parent provides care, discipline, love, guidance, and attention that is appropriate to the age and individual needs of the child. It is both a physical and a psychological environment that fosters a relationship between custodian and child and is marked by security, stability, and permanence.”

“What this means is that the courts consider not only where the children live, but also where they regularly feel comfortable going to for advice and emotional support,” according to Commerce Township Family Lawyer Kathryn Wayne-Spindler, “There may be more than one Established Custodial Environment.” A non-custodial parent, with regular parenting time, can establish a custodial environment through consistent contact, genuine concern for and interaction with the children. In prior cases (Arturoff v Arturoff, June 23, 2011), an ECE was established with a non-custodial parent who exercised parenting time only during the summers and (Goble v Goble, July 19, 2012) where the non-custodial father had parenting time every weekend and every Wednesday evening.

With the help of technology, non-custodial parents can use Skype, FaceTime or other similar video chat options to keep in touch regularly and interact even when not in the same home. According to most custodial agreements, neither parent should restrict a child’s access to the other parent during normal daytime hours. That means the child should have appropriate access to a phone, computer or tablet for the purposes of contacting or receiving calls, texts, emails, or video from the non-custodial parent. That provides plenty of opportunities for non-custodial parents to find out how hockey tryouts went or who is going to the eighth-grade dance.

In the instance of a non-custodial parent seeking a change in custody arrangements, the court will consider whether he or she utilizes opportunities (either in-person or via technology) to maintain and nurture an Established Custodial Environment with his or her children.

According to Allison E. Sleight’s seminar, “Top 10 Issues Lawyers Should Consider Regarding the Established Custodial Environment, “Whether an established custodial environment exists is a question of fact and a ‘threshold determination’ a trial court must consider before addressing a minor child’s best interests. “ Pirron v Pirron, 282 Mich, App. 222 (2009).

The Established Custodial Environment is important in a custody challenge because its existence alters the burden of proof. If the parent requesting the change can show an ECE, the evidence must be “clear and convincing.” Without an ECE, the evidence must be a “preponderance of evidence.” In some instances, a family law attorney may request a “Bifurcated Hearing” to find out the burden of proof before proceeding with the custody challenge.

The ECE is so important that some attorneys suggest requesting a temporary custody order to allow the challenging parent the opportunity to potentially create one.

Once the burden of proof is determined, the courts will consider the challenging parent’s argument that altering the new custody arrangement will be in the best interests of the child. This is where the 12 Best Interest Factors come in. A judge will look to see if the parent is mentally, physically, financially and morally capable of providing: affection; guidance; education; food; clothing; medical care; and a stable home that is free of domestic violence and substance abuse. The parent must also demonstrate a willingness and ability to facilitate and encourage a close relationship with the other parent. In some instances, the courts will consider the child’s preference.

The courts will consider the reason for the requested change, i.e. relocation, altered financial status, etc. and its potential influence on the child’s lifestyle.