In Michigan, the courts typically prescribe an “equitable” division of assets during divorce proceedings. This includes equity in the family home. One factor that alters the “even” split, however, is if one of the parties owned the home before the marriage. 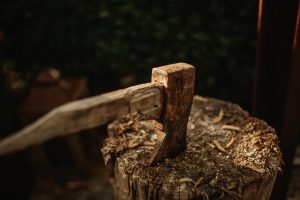 In the case of one party owning the home prior to the marriage, the courts will usually return the down payment and any equity accumulated before the marriage, to the original owner. The remainder of the appreciated value would be split according to whatever formula the courts deem appropriate for the rest of the couple’s assets.

This holds true for marriages lasting less than 10 years. Long-term marriages are different because the assets have become so co-mingled over the years that determining which equity should be attributed to the down payment or other factors, becomes too difficult. Divorce Attorney Kathryn Wayne-Spindler said, “The definition of long-term marriage depends on the judge. Some say more than 10 years, but certainly, 15 or more would count as a long-term marriage.”

In a long-term marriage, the proceeds from the sale of the family home, no matter who purchased it originally, would be split equitably. As Kathryn Wayne-Spindler has said, “equitable does not necessarily mean even. The courts start at a 50-50 split but may take infidelity, each party’s income potential, and many other factors into account.”

The courts also consider the amount of divisible assets when deciding who gets the profits from the house. So, even if one party owned the home before the marriage, if the house is the couple’s only valuable asset, some of the proceeds will be awarded to each person.

“In these cases, the goal of property division is to make sure that neither party will be left destitute,” said Wayne-Spindler.

In cases where the couple has been married less than 10 years and they do have other assets to divide, the original owner would need to provide documentation of the original property purchase including closing papers and canceled checks showing the amount of the down payment.

Then a historical appraisal would be performed. A certified appraiser, like Norma Nicholson of Nicholson Appraisal Services in Milford, MI, would look at the value of the home at the time of the marriage. She would take into account the comps at the time, features and improvements. In addition to the retroactive appraisal, the certified appraiser would do a current appraisal. The difference in the two amounts gives the court a value of the divisible equity of the home.

In Michigan, in the last decade especially, housing values have roller-coastered. There are, unfortunately, cases where the house was purchased for a high price and actually lost equity because of market conditions. “In that situation, the equity was likely lost forever.” The good news is that property values in this state are rebounding in 2015 and many homeowners are finding increased equity in their homes once again.

In summary, if the marriage lasted less than 10-15 years and there are other divisible assets, the original down payment and equity accrued before the wedding would generally be returned to the party that originally owned the home. The equity accumulated between the marriage date and divorce would then be split equitably.