There is a misconception that separation is cheaper or quicker than divorce. Although there are some benefits to each, in Michigan at least, neither has a distinct advantage when it comes to time or money.

The process is actually remarkably similar with the biggest difference being that with separation, the couple still remains legally married after the split. In all other ways, the Judgment of Separation Maintenance agreement covers the same ground as a divorce settlement. With each, both parties hire lawyers or go through mediation. They pay court fees and go before a judge who: determines division of assets and debts; child custody and visitation; alimony; and child support, etc.

“The legal separation agreement helps settle these issues, and if you ultimately decide to divorce, it can easily become your divorce settlement agreement,” according to Jeff Landers who explained that “sometimes opting for legal separation rather than divorce is a good financial decision.”

Permanent separation possibly had advantages in the past or in other states that do not have No-Fault divorces. Prior to 1972 when No-Fault divorce was enacted in Michigan, divorcing couples had to show that they had been legally separated for a specified period time before being eligible to file for divorce. 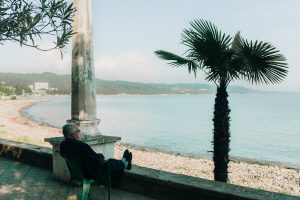 Now, however, Michigan is a No-Fault divorce state meaning that there is no legal requirement that the divorcing couple be separated before pursuing a divorce. “No-fault divorces reduced or eliminated separation as a prerequisite for divorce,” according to Zhenchao Qian, a sociology professor at Ohio State who co-authored a study comparing separation and divorce in different socio-economic cultures. Qian’s study found that, “Couples in these long-term separations tended to be racial and ethnic minorities, have low family income and education, and have young children.”

Although this popularly-cited study shows that some disadvantaged couples choose permanent separation as a cost savings, the study may be referring to states that do not have No-Fault divorce. If a low-income couple in one of those states goes through the process of becoming legally separated, they may just decide to stop there and not go on to actually pursue divorce months later at an additional expense. Especially since the Separate Maintenance agreement covers all the same ground as a divorce settlement.

The study may also be referring to couples’ informal agreements to part ways rather than the legal procedure of obtaining a Judgment of Separate Maintenance.

“Long-term separation seems to be the low-cost, do-it-yourself alternative to divorce for many disadvantaged couples,” said Dmitry Tumin, co-author of the study and a doctoral student in sociology at Ohio State University. “Those with young children may find it difficult to support themselves and their children if they divorce. Divorce may not protect them because their spouse may be unwilling or unable to provide financial support,” co-author Qian wrote.

Beyond that, there are some occasions where divorcees are not eligible for each other’s retirement benefits, military benefits, insurance, social security or tax breaks. A separation would allow these people to continue receiving their spouse’s benefits while in all other ways being separate. Separation is also a preferred choice for some couples whose religion prohibits divorce.

Divorce’s advantage over separation is that the couple is no longer married and both parties are free to seek a fresh start, perhaps with another partner.

As far as the two legal proceedings go, they both take about the same amount of time in Michigan.

For more information about the differences between separation and divorce, consult a family law attorney like Kathryn Wayne-Spindler and Associates in Milford, MI.