Divorce is a powerful life change and for many women, the decision to keep or change their last name afterward is a profound one. 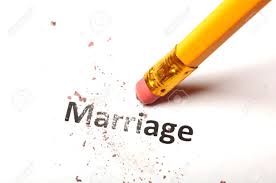 There are many considerations for keeping a married name. “Traditionally, it’s lady’s choice for good reason,” New York Times Etiquette blogger Philip Galanes was quoted in a Huffington Post article. “Your ex-wife may have developed her professional reputation using your name and may not want to confuse colleagues or clients by changing it, or she may want to share the same surname with your children.”

Of the factors considered when deciding the name question, many women find their relationship with their kids most crucial. The common last name can often be a symbol of the continued tie that binds. On the practical side, having the same last name as the children eliminates confusion at school.

The age at which she was married and the length of the marriage are also considerations. For some women, they have spent more time with their married name than their maiden name. Their married name is essential to their social and professional identities.

Some women look at it purely practically (or don’t look at it at all). Divorce is a busy time of meetings with lawyers, court dates, paperwork to sign, etc. And the last thing they want to do once they have a divorce decree in hand is to take off work and go stand around the Secretary of State’s office for hours. What may start out as temporary procrastination, gradually becomes, “oh well, I’ve made it this far, why change now?”

Some women prefer their married name. It might sound better with their first name, be more pronounceable, easier to spell, have an ethnic sound that they like or even just be shorter. For some women, even after the pain of divorce, their pre-marriage life was less appealing. They may not want to dredge up those prior associations by going back to their maiden names.

On the other hand, some women are dramatically impacted by their new single status and they want the symbolism of a name change to reflect that. For women who were deeply hurt by their former spouse, they may want to do away with any reminder of the person who hurt them. For others, divorce is a step toward an independent life and they might want to reflect the severed ties with a former mate. Women who have been through a divorce may be looking for a fresh start and a new name provides an opportunity to declare to others that they are no longer married. Some women preferred their maiden name and only begrudgingly gave it up because they thought it was the thing to do. They may welcome a return to their former identity. Purely practically, some women might just prefer their former name.

It’s not all or nothing. There are several hybrid decisions. Some women give it a year or two before they make the change. They let the drama of the divorce wear off before making another change. It also allows schools, co-workers and friends time to adjust to the circumstances.

A hyphenated name, although still technically a name change, gives a woman the symbolism of a separate name with the familiarity of her former connection.

A woman also has the option to choose an entirely new name – neither her married nor maiden name. There is additional paperwork for the SOS but beyond that, it’s the same task as if you are changing back to your maiden name.

If you choose to change your name after divorce, the first step of the procedure is fairly simple. Take your existing driver’s license and proof of name change – divorce decree – to a Michigan Secretary of State’s office. You are also required to notify the Social Security Administration. According to the Secretary of State’s office, “Failing to inform the Social Security Administration of your name change will delay the processing of your license or state ID card application at renewal.”

From there, you’ll need to make a list of all the places your name will need to change. In our society, our names are on everything from our library cards to magazine mailing labels. Your list should include government agencies, banks, credit cards, your employer, utilities, doctors, legal paperwork and social media accounts. A good starting place is the AboutStyle name change checklist. Although it is designed for newlyweds, it can be applied just as easily to post-divorce. The FindLaw webpage “How to Legally Change Your Name” also has good suggestions and instructions.

FindLaw, “How to Legally Change Your Name.” http://family.findlaw.com/marriage/how-to-legally-change-your-name.html