There’s a bill before the Michigan Congress to allow adoption agencies (some of which receive state funds) to discriminate based on religious beliefs. “The legislation would protect agencies refusing service over religious beliefs from “adverse action” by the state, including limiting public funding and ‘discriminating against the child placing agency,’” according to the Huffington Post article, “Michigan May Allow Adoption Agencies To Refuse Service To Gay Couples”. 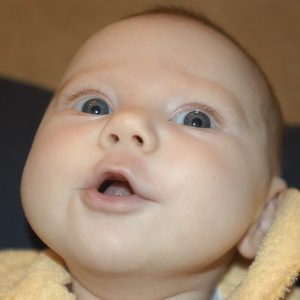 More than a quarter of the adoption agencies in Michigan are run by religiously-affiliated organizations so there are concerns that LGBT individuals might be denied access to adoption services.

One answer to these concerns is the private adoption attorney. Private attorneys can assist either birth parents or adoptive parents as they go through the adoption process.

“Independent adoptions by attorneys provide assurance that attorneys must adhere to the standards of the Bar Association,” according to the parents.com article, “Agency vs. Independent Adoption.”

An attorney-aided adoption can either be initiated by the birth mother or adoptive parent(s). The attorney, who is familiar with the state laws governing adoption, may initiate contact between a prospective parent and a pregnant mother or facilitate the process once the mother and adoptive parents have already met. The attorney will also be able to direct the birth parent to a registry of adoptive homes. A private attorney can also recommend counselors. The attorney may help a birth father, who must also approve the relinquishment of the child to the adoptive family. In cases of inter-state adoption, a private adoption attorney will make sure the client is aware of the rules outlined in the Interstate Compact on the Placement of Children. (ICPC.) The private adoption attorney will assist his or her client in deciding whether a closed or open adoption is most suitable.

Once a match has been established and the adoptive family’s home study is complete, the adoption attorney will complete and file the necessary paperwork with the family court. “Every adoption is processed through the court and the court makes the final decision that the placement is in the best interest of the adoptee,” according to the Michigan Department of Human Resources booklet, “Adopting a Child in Michigan.”

Besides eliminating the constraints of an agency’s belief system, an independent attorney can focus more on the clients’ needs. An attorney-aided direct-placement adoption eliminates the middle-step of agency custody. “In an agency adoption, the birth parents relinquish their parental rights to an agency, and the agency, in turn, consents to an adoption by specific adoptive parents. In an independent adoption, the birth parents give their consent directly to the adoptive parents,” according to the BabyCenter article, “Building Your Family.”

Kathryn Wayne-Spindler is a Michigan Adoption Attorney. She has helped many parents through the adoption process. It is a joyous part of her career to watch new families come together. She is one of the few private adoption attorneys in the Metro Detroit area. Contact the Milford office of Kathryn Wayne-Spindler & Associates at 248-676-1000.