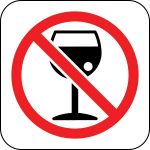 Divorce can be a tough time emotionally, socially, financially and legally. And it can be tempting when going through stressful times, to turn to a relaxing glass of wine before bed or enjoy a night out with friends. However, attorneys counsel caution with alcohol consumption during contentious legal proceedings. There are many reasons drinking and divorce don’t mix. 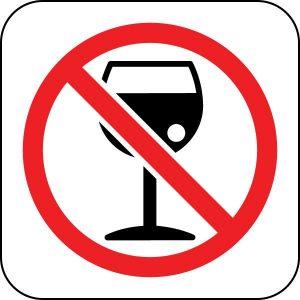 First, alcohol exaggerates the uncertainty of current life drama. Legal proceedings can seem completely out of the client’s hands. “The court system can be overwhelming and intimidating for clients so they are dependent on me to guide them through,” says family law attorney Kathryn Wayne-Spindler. “I try to explain what to expect, but for people who are not familiar with the legal process it might seem like everything is out of their control.”

For people who are used to controlling their lives, divorce can send them tumbling in uncertainty. Alcohol contributes to the disorientation. Decision-making can become inhibited. Couple that with large amounts of cortisol that the body produces in reaction to stress, and even the usual beer can have unintended effects. Stress can alter metabolism that, in turn, changes how the body processes the alcohol. Sometimes people lose weight or eat erratically when focused on life trauma. That too can impact alcohol’s effect on the body.

The biggest problem with the unpredictability of alcohol’s effects is the long-term impact of poor judgment during a divorce or custody battle. A DUI can drastically affect the outcome of a divorce. As can inappropriate behavior in a public place or violence that sometimes accompanies intoxication.

“A parent who even casually partakes in alcohol and/or drugs [may] have a problem winning custody. Most judges will take allegations of substance abuse seriously, and these allegations will be investigated thoroughly via random testing, psychological evaluations, and interviews,” writes Jacqueline Harounian in a December 2011 article, “How to Lose Child Custody.”

Aggressive lawyers will use any evidence at their disposal to wreck the opposition client’s reputation and win custody. This can include attempting to portray a casual drink or two with friends as alcohol abuse. There are cases where a spouse schemes to set the other up. In one instance, a husband brought his wife wine that she interpreted as a peace offering. She perceived it as her desired reconciliation and in her relief, drank more than she should have. Her now-ex-husband gathered evidence from that night and used it against her to gain an upper hand in the custody settlement. It may impact her family relationships for years to come.

“It’s tragic that a misjudgment can impact people’s relationship with their children for years,” said Wayne-Spindler, “but I see it all too often, alcohol and drug use gets turned into proof of inappropriate parenting and loss of parenting rights.”

Once saddled with the suspicion of substance abuse, it is the burden of the “accused” to endure drug or alcohol testing and counseling to prove that there is no overuse. During this time, parenting time may be supervised or even suspended. If substance abuse is discovered, the supervised or suspended parenting time can continue as long as two years after rehab is concluded and sobriety is established.

Wayne-Spindler counsels her clients with custody battles at hand to keep their eyes open and not be naïve about spouses’ underhanded tactics. “Divorce does something to people. Some court battles change even seemingly considerate people,” Wayne-Spindler says. “I’ve heard people vow that they want an amicable divorce only to months later transform into vindictive, underhanded connivers.”

Alcohol abuse is such a hotbed of potential damage she tells clients, to be safe, avoid alcohol altogether but especially around a soon-to-be-ex-spouse or in a public setting where bartenders, security footage or witness testimony might be inaccurately portrayed in court. If attending events where alcohol will be served and you’re concerned about moderation, enlist trusted friends to help curb the urge to drink. Remember drinking and divorce don’t mix.

For many undergoing contentious divorce, it is a battle and no one wants to give the opponent ammunition.