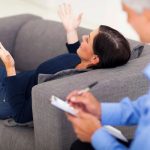 Quite often, divorce goes hand-in-hand with undiagnosed or untreated mental illness in one or both of the spouses. The most common mental illnesses to impact marriage breakdown are depression and addiction. 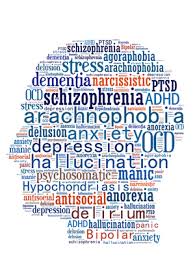 Wixom Divorce Attorney Kathryn Wayne-Spindler sees the tie between mental illness and divorce frequently in her busy Southeastern Michigan divorce practice. According to her, “Addiction issues can take a real toll on a marriage.” Not only do substance abuse and gambling addictions damage the couple’s emotional connection but they are frequently personality-altering and financially devastating as well.

“A multinational study of mental disorders, marriage and divorce published in 2011 found that a sample of 18 mental disorders all increased the likelihood of divorce — ranging from a 20-percent increase to an 80-percent increase in the divorce rate. Addictions and major depression were the highest factors, with PTSD (Post-Traumatic Stress Disorder) also significant,” reports Divorce Counselor Teresa Atkin in her article, “Read This BEFORE Divorcing Your Mentally Ill Partner.”

Atkins’ anecdotal experience is even more indicative of the tie between divorce and mental illness. “From my observation, I would estimate that 80 percent of the people who attend my divorce recovery classes suffer from a mental illness or disorder, or have dealt with a partner with one or more mental health conditions.”

Wayne-Spindler echoes that assessment. “If people aren’t getting along and are seeking a divorce there’s usually a root cause.” She estimates that up to half of the divorce cases she’s been involved in have diagnosed or undiagnosed mild or significant mental illness, addiction or personality disorders that are either contributing to the breakdown or the marriage or are aggravated by it. 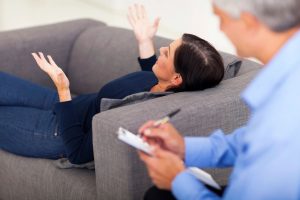 “Nearly 15 million American adults, or about 6.7% of the U.S. population age 18 and older, is affected with a major depression in a given year, according to the National Institute of Mental Health,” according to the WebMD article, “How does depression affect marriage and relationships?”

As the stigma attached to mental illness fades and accessibility to treatment increases, these statistics also increase but many, many cases still go undiagnosed.

Unfortunately, the mental illness-marriage breakdown link is a vicious cycle. Quite often, the mental illness sufferer is dependent on their partner for security and stability. As the marital breakdown progresses, the separation can aggravate the mental state of the mentally ill. Inappropriate, irrational, or threatening behaviors push the partner even further away until the marriage becomes irreparable.

Teresa Atkin’s article outlines the questions spouses should ask themselves when considering divorcing a mentally-ill partner.

Wayne-Spindler emphasizes that people should not only consider their priorities but the needs and opinions of their children as well.
“Treatment is a huge factor,” says Wayne-Spindler, “if a mentally-ill divorcing spouse is currently receiving treatment; is willing to stay on his or her medication; and is not an imminent danger to family members, then mental illness is not a slam dunk in the custody arena.”

Oakland County Divorce Attorney Kathryn Wayne-Spindler handles more than 100 divorces a year out of her Milford, Michigan law office. With 20+ years of family law experience, she has seen the impact of mental illness on marriage and divorce. Contact her office at 248-685-8888 for a free consultation if you are considering separating from a mentally-ill spouse. The attorneys of Kathryn Wayne-Spindler & Associates practice throughout Southeastern Michigan in Oakland, Washtenaw, Wayne, Genesee and Livingston Counties. They handle cases in Milford, Highland, Hartland, Wixom, White Lake, Commerce, South Lyon, New Hudson, Grand Blanc, Holly and many more local communities.

How to Obtain and Present Social Media Evidence

How an Attorney Can Defeat a Courthouse Bully