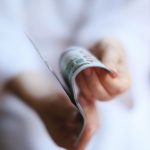 What would you do if you won the lottery for $1.5 billion?
Michigan is buzzing about the universal hot topic of the moment – the historic Powerball prize.

Almost everyone has a fantasy of what they would do if they won the lottery. They’d travel, buy a plane, send all the grandkids to college, donate to charity, etc. At any given moment this Tuesday, at least one person is secretly daydreaming about their life on a private island.

All the imagining and conversing may be fun in the hypothetical, but what if you really truly won the lottery. There are enormous tax, inheritance and investment puzzles involved in any windfall – regardless of the size or source. Most people would be lost. That’s where estate-planning attorneys can help.

Walled Lake Estate Planning Attorney Kathryn Wayne-Spindler designs trusts to help clients preserve their assets in retirement, after divorce or inheritance. It doesn’t matter if it’s a billion dollars in lottery-winnings or five thousand from a successful civil lawsuit, consulting an estate-planning attorney will save money in the long run.

“When people come into a chunk of unexpected money, they often spend impulsively,” said Wayne-Spindler, “although that’s fun and satisfying if they don’t understand the tax implications they can get into trouble.” 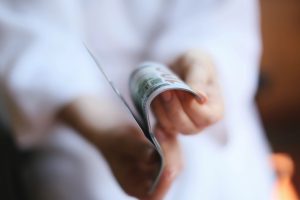 Tax laws don’t work the same way for gambling winnings and inheritance as they do for everyday professional income. The cash influx will often take a family into a new tax bracket.

There are plenty of unfortunate stories about people who won the lottery going bankrupt just a short time later.

“William Post, for instance, was on disability in 1988 when he pawned a ring for $40 and bought 40 tickets through the Pennsylvania state lottery, according to the Washington Post. One of those tickets won him $16.2 million. But then his own brother tried to kill him. He bought an airplane, a mansion, and various businesses, leaving him bankrupt and divorced for a sixth time by the time he died in 2006,” according to the article, “How to win the lottery … and lose it all” by CNNMoney writer Aaron Smith.

There are dozens of similar sad stories of people with new-found wealth blowing it all in irresponsible spending binges. Some of the misfortune stems from greed, impulsivity and bad luck. But all too often the common thread is ignorance. Those who haven’t been privy to life as a million (or billion)-aire might have a tough time remembering that even if they can afford a $10 million jet, it takes another $2-3 million a year for hangars, fuel, pilots, maintenance, and licenses. And that’s every year. An estate-planning attorney might advice investing the millions and leasing a jet every so often. Killjoy? Maybe. But with proper planning and sensible spending, the life-long jet setter lifestyle is possible even without owning the plane.

Many people who won the lottery express regret that they didn’t take the long-term payout.

“Take, for example, Andrew “Jack” Whittaker of West Virginia, who hit a $315 million Powerball jackpot back in 2002,” writes Smith in the CNNMoney article. He took the lump-sum payout that after-taxes gave him $83 million…which he then lost to theft and bad investments. He continues to play the lottery and says if he wins again he would go for the annual payment option.

It might seem anti-climactic to put off quitting a job until after talking to a lawyer, but very likely that short delay will mean long-term gains.

“People may not want to spend time drawing up paperwork when there’s money burning a hole in their pocket. It’s much more fun to skip town and buy that dude ranch in Wyoming. But I guarantee if you call my office and say “hey, I just won $1.3 billion in the lottery, I’m going to find time for you in my schedule,” joked Wayne-Spindler. “But my point is, in the grand scheme, a short delay will definitely be worth it in the long run.”

So the next time somebody asks you what you would do if you won the lottery, say “Hire a Lawyer!”