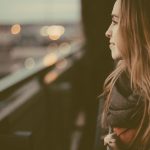 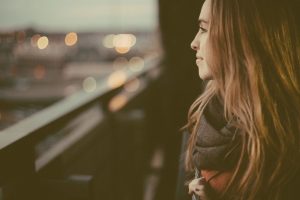 “In my many years as a divorce attorney, several relationship patterns play out repeatedly including the path of the Walkaway Wife who wants divorce,” says South Lyon Divorce Attorney Kathryn Wayne-Spindler. The attorneys of Kathryn Wayne-Spindler & Associates see the typical marriage-ending patterns of infidelity, drug abuse, and financial struggles that wreak havoc on marriages. But a less obvious pattern – labeled as Walkaway Wife Syndrome – is also quite common.

The term Walkaway Wife Syndrome was made popular by marriage counselor, Michele Weiner-Davis MSW. She explains the process of emotional-breakdown that some dysfunctional marriages follow toward eventual dissolution.

Making of a Walkaway Wife who Wants Divorce

It begins as a couple discovers disparate priorities. One wants to have children right away, the other wants to concentrate on a career. One likes a clean house/annual vacation/fill-in-the-blank, the other does not. They focus on resolving these differences and may overlook disparate emotional needs.

“During the early years of marriage, a woman tends to be the emotional caretaker of her relationship. She makes certain her marriage remains a priority, insisting on quality time together, meaningful conversation and shared activities,” suggests Weiner-Davis.

It may be cliché but sometimes “Happy Wife – Happy Life” makes sense. If the wife is getting the emotional satisfaction she needs from the marriage, quite often the relationship flourishes. Sometimes though, women may go without the emotional support they crave. The wife understandably rationalizes her sacrifice because of the joint responsibilities of childrearing, taking care of aging parents, career-building and other natural priorities. Eventually though, some women resent the sacrifice. The wife may begin to attribute her resentment to an inattentive husband. He may be comfortable with their established independent routines. If he is not emotionally-motivated, the husband may imagine that his wife is as satisfied with the marriage as he is. Or he may be simply unaware of how to please her.

If she’s not getting what she needs, she probably begins first by asking for more – then nagging, bribing, begging, harassing, threatening, playing games, giving the silent treatment, withholding intimacy, whatever it takes to get the emotional attention she feels she deserves. Quite often, a wife’s emotional pleas may be couched as requests for help around the house or demands for money or gifts. While she means, “Pay attention to me” or “validate me” he may be hearing “you’re lazy.”

Most people can imagine what comes next. All the negativity accomplishes the opposite of what the Walkaway Wife had hoped for. The now Haggard Husband pushes back, avoids, ignores and disdains. All of which makes the wife redouble her efforts.

This dance continues until the Walkaway Wife finally determines that she is not going to get what she needs from her husband. For some women, this process may take a year. Others may reach this point after decades of perseverance.

No matter the time-frame, the next step is preparing for separation. Some wives begin looking for emotional stimulation elsewhere and end up cheating. Others become obsessed with friendships, shopping, food, exercise or work to give them emotional satisfaction. And some determine they need a split so they start saving money and meeting with an attorney.

During this period, the Walkaway Wife concentrates on herself and stops nagging. She is resigned. The husband may have never recognized her pleadings as a desire for emotional fulfillment. If he took her requests at face value, he may have blithely fixed the fireplace without catching the symbolic cry for “warmth.” Finally free of what he perceives is harassment, the husband may feel relief that whatever was broken in their relationship has been magically fixed.

He is contented. She is determined.

When she finally announces that she wants divorce, he is blown away. After all, he was just starting to feel like they were getting along. He liked his non-nagging wife. So, if he is interested in repairing the marriage, he goes through all the typical efforts. He offers to go to counseling. He buys gifts, watches her shows, takes her on dates. He listens to her stories and helps with the kids.

Some wives, placated by the sudden attention, give their husbands a second (or 400th) chance. Others, however, may wonder why he couldn’t have put in the effort all along. Or speculate how long will the artificially-inflated level of attention may last. They are suspicious. They may demand marriage counseling to regain trust. Some may say it’s “too little and too late” and go ahead with the divorce.

“Do you know that two-thirds of all the divorces that are filed in our country are filed by women?” wrote Weiner-Davis in her article, “The Walkaway Wife Syndrome.”

“I see the Walkaway Wives in all stages of their divorce decision-making process. I can advise them as they seek relief from years of emotional neglect,” says Wayne-Spindler.

Wayne-Spindler has more than 20 years helping spouses determine what path to take when one or the other is unsatisfied. Depending on the circumstances, Wayne-Spindler may recommend marriage counseling, Legal Separation, mediation or a traditional litigated divorce. Those considering divorce can contact the Milford, Michigan law office of Kathryn Wayne-Spindler & Associates at 248-676-1000 for a free consultation.