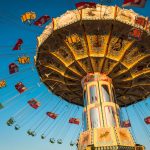 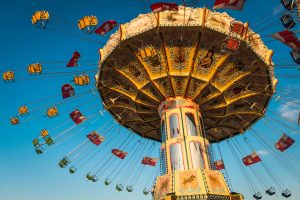 Disclaimer: Let us just say up front that we at Kathryn Wayne-Spindler & Associates know that the original term Disneyland Dad is sexist and cliché. We know moms are just as prone to spoiling their kids as dads. So for the purposes of the blog to follow let’s just be clear that we are not making a comment about the parenting priorities of an entire gender. The label simply rolls off the tongue better than “Unnamed Theme Park Parent of Unspecified Gender.”

We have seen enough co-parent clients come through our office to know that all mothers and fathers, come with their own backgrounds; parenting styles; disciplinary tactics; priorities; and ways of expressing affection. We have seen functional, successful, balanced co-parents. We have seen contentious pairs. And yes, we’ve seen our share of Disneyland Dads and Moms.

“[D]ads often shoulder the blame for the “Disneyland parent” syndrome. But in reality, both parents may spoil the child as a way of apologizing for the divorce. Whether you’re a dad or a mom, it’s important to not internalize the stress you feel over the divorce and maintain consistent parenting,” according to the California Divorce Guide.

The term “Disneyland Dad” has come into the common lexicon as a means of identifying certain divorced parents whose priorities tip more toward the fun and spontaneous side of life and less toward responsibility and discipline. They enjoy making their kids laugh. They treat them to entertaining experiences like go-karts and picnics on the beach. The Disneyland Parent is known for memorable trips, concerts, extravagant dinners out and pool parties. Not bad priorities all-in-all. In the scheme of things, it’s an enviable existence. Unfortunately, envy might be exactly what gives the Disneyland Dad a bad rap.

It’s not that anybody begrudges the Disneyland Dad for wanting to have a little fun. But the DD could be perceived as selfish for letting the repercussions of that playful lifestyle fall on someone else’s already-burdened shoulders. The ex-partner of the Disneyland Parent gets the task of picking up the pieces when the fun is done and real-life rears it’s ugly head. When the child comes home from said theme park nauseous from too much cotton candy somebody’s got to rub her tummy and put aloe on her sunburnt shoulders. Disneyland Dad’s ex-wife would probably love to romp with the kids too, but knows that somebody’s got to be the grown-up. The DD’s former wife probably feels like she’d prefer a co-parent and instead is responsible for one more child (albeit a larger, hairier one.)

“My advice is to embrace the Disneyland Parent,” said experienced Waterford Child Custody Attorney Kathryn Wayne-Spindler. “Know that you’re never going to change him or her. So as long as it’s good wholesome fun, let them have their fun.”

Disneyland Parenting is not cheap 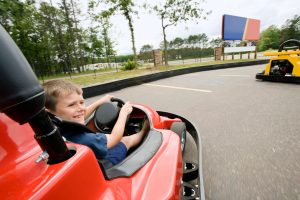 We hear stories all the time about parents concerned that their spouse is trying to buy the kids’ love with trips, cars and gifts. It’s pretty common for parents to try to one-up each other with gifts to curry the children’s favor. No parent of any gender likes saying no to a child’s request. Honestly, it’s fun to give them things that make them happy. Where Disneyland Dad crosses the line is irresponsible, short-sighted spending that impacts everyday life – when unnecessary spending creates painful debt.

Money can’t buy you love. It’s absolutely true. But in the case of children of divorce it might buy short-term happiness. The Disneyland Parent’s ex can bear in mind that attention, commitment, devotion and admiration are priceless. Even young kids can sense the importance of these parenting qualities and the appreciation of their importance only grows as the kids get older.

As Author Tina Swithin writes, “The Disneyland Dad persona will not stand the test of time,” she said. “While it may take a while for children to realize this, they will have more respect in the long run for the healthy parent who was stable, consistent and loving. Children thrive with consistency and structure. They’ll look back with admiration at the parent who was there during the hours of homework, late-night fevers and parent-teacher conferences.”

Note to DD’s ex: Within reason, let the kids have their gifts. It might be the only tool for the Disneyland Dad to express affection and that is far, far better than no affection at all.

Resist the urge to double-parent

Another issue with Disneyland Parents is a perception that they may be endangering their children’s welfare by ignoring common societal responsibilities. This assumes that there is innate value in bed-making and shoe-tying and that when rules are not enforced the child suffers. When a parent feels the job of creating structure falls exclusively on him or her, it can get old. (Unlike the Disneyland Dad who may appear to be a Lost Boy when it comes to enforcing homework, bedtimes and toothbrushing.) When the kids come home from the other parents’ house talking about video games and all-nighters, the temptation is to get angry and try to make up for no parenting at the other home with doubly-restrictive rules. The kids might read this as punishment. The conflicting messages may make it tough for them to bond with the stricter parent.

Swithin counsels resisting the urge to make up for an ex-partner’s lack of parenting. In “Divorcing a Narcissist: Advice from the Battlefield” she writes, “How to deal: Unfortunately, not everything in life is in your control — and that includes your ex’s house rules. You first need to accept that what happens on the other parent’s time is just that: the other parent’s time,” she said. “In my coaching practice, I often share the serenity prayer with clients to keep them centered…”

Walled Lake Child Custody Attorney Kathryn Wayne-Spindler counsels, “As long as the Disneyland Parent is paying child support; encouraging basic health and safety precautions; and showing the kids love and attention – be happy. There are far worse parents out there.”

For more advice about dealing with a Disneyland Dad or Mom, contact the Milford, Michigan law office of Kathryn Wayne-Spindler & Associates at 248-676-1000. The attorneys can advise ex-spouses of their legal rights or suggest a co-parenting class like ADEPT in Oakland County. Classes like these help co-parents communicate more effectively to avoid conflict that can stem from mismatched parenting priorities.