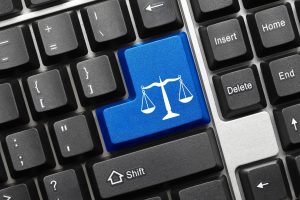 For many first-time legal clients, the legal process can be complex and confusing. Most people don’t have a lot of experience with lawsuits or courtroom behavior. Sometimes people build their expectations of either the outcome, or procedure based on stories from friends, movies, or other unreliable sources. For our new clients, here are four somewhat common myths of legal process expectations and the realistic explanations of what to expect.

MYTH 1 – Proving infidelity will give an advantage in division of property or alimony.

Most attorneys will attempt to portray the infidelity as an entirely one-sided betrayal to garner advantages in the division of assets or spousal support.

“For example, if a spouse cheated on the other spouse and not only caused the marriage to end, but also depleted the marital estate by spending lavish sums on gifts for an extramarital lover, then a Michigan judge can certainly consider that evidence when deciding the amount and duration of alimony, or even whether alimony should be awarded at all,” according to the article, “Adultery in Michigan: Does Cheating Affect Alimony?”

Most judges have heard enough stories to know that many to a lot of these cases involve a mutual breakdown of the marriage relationship that results in one spouse looking outside the marriage for love, attention, affection, and/or physical interaction that’s missing.

“So if your partner had an affair, the judge may be thinking that something else must have been going on in the marriage,” says Wayne-Spindler.

The bottom line is that sometimes infidelity gives an advantage but it’s by no means an absolute.

One of the toughest bits of divorce injustice for people to swallow is the division of their pension in divorce.

“It’s the law,” Wayne-Spindler says. “It may not make sense to you. It may not seem fair. But when you marry someone you are agreeing to share your life and the profits of the combined life’s work.”

There may be some trade-offs in terms of other assets and negotiated support levels but if you’re getting a divorce, just make peace with the idea that the pension will be divided.

A judge will look at a marriage as a partnership where both parties contribute either financially or in supportive ways including housework, childcare, etc. It will also be assumed that at some point the couple made choices that may have included a spouse’s sacrifice of career and income for the benefit of the other’s advancement.

“No judge is going to deny a spouse of 20-some years a fair share of the retirement income that was earned during their partnership,” says Wayne-Spindler.

MYTH 3 – Sole custody means no contact with the other parent.

First of all, sole custody is not a legal term according to Michigan Custody Guidelines. It generally refers to a situation where the courts, considering the 12 Best Interest Factors, determine that one parent is not fit to contribute to legal, medical or educational decision-making on a child’s behalf. Often, that same parent is also not awarded regular parenting time. “Sole custody” is becoming exceedingly rare in Michigan. Even if a judge does determine that the children would be better off with one parent having full legal custody, it doesn’t mean the other parent has no contact with the children. Often the courts will determine a visitation or parenting time plan so that both parents can continue to have an influence on their children’s lives. For the parent that wins sole legal and physical custody, this may be a blow. After all, the reasoning stands that if the parent is deemed irresponsible or disinterested enough to lose legal custody, her or she would also be a poor enough parenting role model to adequately care for the kids. Michigan courts operate under the assumption that kids are better off with contact with two parents even if one of the parents has made mistakes or bad choices. To accommodate all parenting backgrounds, the courts offer supervised visits and probationary periods. This allows parents who are trying to make positive changes in their lives a chance to parent their kids.

MYTH 4 – Courts move at the speed of business.

In the age of instantaneous online communications, some people are accustomed to speed-of-light transactions. Many law offices employ video-conferencing, texting, email and phone conversations to boost negotiations speed. What many people don’t realize is that the courts, even with electronic-filing, are still dependent on many levels of scheduling. They have enormous case-loads. There are also many players in each case often including multiple attorneys, judges, referees, witnesses, mediators and investigators. Each person has his or her own schedule. Coordinating them all can sometimes delay action.

Add to that the emotionally-manipulated perception of time when a person is under stress. When someone is going through a divorce or probate battle, they sometimes become insulated from reality. They may be so overwhelmingly wrapped up in their trauma that they forget that the rest of the world also has their own stuff going on.

“So while your custody battle may be the most important thing in your entire life,” says experienced Milford Family Lawyer Kathryn Wayne-Spindler, “attorneys and judges may be dealing with 20 other equally-complicated and emotionally-crushing cases at the same time,”

Once a legal action begins, some people are impatient to get it over with as quickly as possible. “I had one client who was upset because I couldn’t get a prenup agreement handled one-week before a wedding,” Wayne-Spindler said, “and although I understand my client’s anxiety, I can’t drop all my other important work to handle one case where the client didn’t plan ahead.”

She says she does her best to move cases along quickly, but wishes some of her clients had more realistic legal process expectations regarding how quickly legal actions can be accomplished.