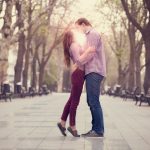 What is the Illusion of Happiness?

The Illusion of Happiness is the altered state-of-mind that results from an over-exposure to the relentless positivity of Facebook and other social media sites. It has been shown to impact frequent users’ ability to accurately assess their own emotional state. In other words, they get thinking that everybody else is happier so something must be wrong with their lives.

Stanford PhD psychology student Alex Jordan, “noticed that [people] seemed to feel particularly crummy about themselves after logging onto the site and scrolling through others’ attractive photos, accomplished bios, and chipper status updates. ‘They were convinced that everyone else was leading a perfect life.’”

In every marriage there are, let’s call them – cracks. Little annoyances. They may start out as endearing quirks. He hums while he reads the news. She snores when she has a cold.

Over time, other less-desirable traits rear their heads. Maybe he has road rage. She quits jobs. On their own, they are manageable. And we know deep-down that no relationship is perfect.

But then there’s the Facebook Happiness-machine cranking out public hugs and love letters. We wake up to a neighbor’s post of a vow-renewal ceremony in Jamaica – everybody wearing crisp sundresses and panama hats. At lunchtime, we catch an entire slideshow of Uncle Victor’s 50th anniversary complete with ballroom dancing and heartfelt toasts. While cooking dinner we sneak a peek at the ole Book of Face to find a niece just got engaged to a senator who asked for her hand via skywritten poem. Immersed in daydreams of romantic gestures and bejeweled gifts, spousal expectations fly high as a skywriting plane. Just then, the old ball and chain rolls in the door after a grueling 11 hours at the office. He hasn’t changed since morning – maybe a bit more haggard and less clean-shaven – but generally the same dependable, funny human you’ve known and loved for decades. Up against candlelit surprise dinners and beachfront selfie kisses, however, he seems downright dull.

After constant social media exposure, rationality can evaporate. In general, we know that Facebook is an altered state of reality complete with elaborate Promposals and surprise parties. We know that other people are experiencing struggles and disappointments, they’re just not posting them. Rationally we know that Facebook is posed, airbrushed, digitized, Photoshopped, scripted and polished. It’s not reality. But darnit we want the same date nights that “everyone else” seems to have. And that’s where the Illusion of Happiness does its insidious damage.

So what’s the solution?

When it comes to Facebook, Twitter and Instagram, we all know too much is not good for us. We’ve read enough articles to know that obsessive social media usage results in distracted driving, damaged friendships and in some cases, criminal activity. So why is it so popular? Because in moderation it’s a perfectly pleasant distraction from real life troubles. Like chocolate, coffee and red wine, we seem to find ways of justifying keeping it in our lives. After all, it’s only in the extreme that emotional health damage is done.

How to know when Instagram is too much of a good thing? Take a social media addiction inventory. Just like the CAGE test for alcoholics, ask how often the use of social media detracts from work, relationships and responsibilities. Take a look at how others feel about your level of social media obsession. If you are finding that social media is interfering with “normal” life. It might be time to consider a vacation – a Facebook Vacation.

“The social media vacation—also popularly known as a social media cleanse—is simply time away from social sites. In most cases, it’s “taking a break” rather than “leaving forever.” Some folks have started a 99 Days Without Facebook challenge (think you could pull this one off?). Others choose to let a social media site fade into the background for a while and resume when things feel better,” writes Kevan Lee in his blog, “How to Take a Social Media Vacation: The Complete Guide to Pausing, Leaving, or Taking a Break From Social Media.”

The law office of Kathryn Wayne-Spindler in Milford, Michigan sees what damage obsessive social media use can do to relationships. That said, if you’re on Facebook anyway, check out her page at https://www.facebook.com/spindlerlawyer/ to like and follow future blogs. 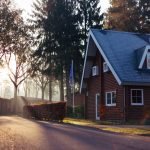 Whose real estate is it? Partition of property. 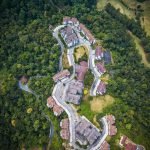