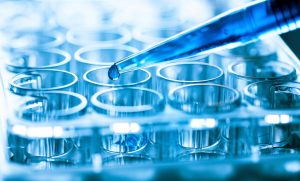 Law Enforcement has a new tool to get impaired drivers off the roadways. In June 2016, the governor approved Act No 242 that allows trained law enforcement personnel to administer a roadside drug test to suspected impaired drivers in certain pilot counties. The saliva-swab test is designed to detect marijuana, cocaine, heroin, and meth. The Act takes effect Sept 22, 2016, although officials are currently in the process of selecting five counties to participate in the pilot program.

The Act calls for a one-year pilot program to work the bugs out. While the tests are generally reliable for detecting drugs, what is not clear is the accuracy of determining how long those drugs have been present and to what degree the user is experiencing impairment.

The law enforcement officer administering the swab test must be certified and trained as a “drug recognition expert.”

“According to the Office of Highway Safety Planning, as of February, Michigan had 99 Certified Drug Recognition Experts in 37 counties,” wrote Devereaux.

The test results are an additional tool to assist the DRE in making a decision whether to arrest the motorist or not. The DRE may rely on drug testing solely or in conjunction with observed signs and other tests like the Horizontal Gaze Nystagmus.

Citizens have the right to refuse to submit to a roadside drug test. The penalty is a civil infraction rather than a misdemeanor during the pilot program.

Why the new law?

“Crashes involving drugs went from 1,581 in 2006 to 2,215 in 2015, a 40 percent increase, Michigan State Police data cataloging UD-10 crash reports shows. Police say the increase is because of better-trained officers but also because drugged driving is on the rise in Michigan,” according to the article, “Crashes involving drugs grow to decade high in Michigan, police say,” by Brad Devereaux.

According to the Detroit News, “The program would costs state police roughly $30,000, according to the House Fiscal Agency, including $6,000 a piece for a series of “oral fluid drug detection apparatuses” and about $25 for each roadside kit.”