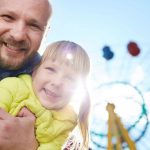 The Michigan Medical Marihuana Act allows for citizens who have been diagnosed with specific illnesses or conditions to possess and use marihuana for treatment. The law also allows that, “A qualifying patient who has been issued and possesses a registry identification card shall not be subject to arrest, prosecution, or penalty in any manner, or denied any right or privilege, including but not limited to civil penalty or disciplinary action by a business or occupational or professional licensing board or bureau…”

This includes custody arrangements as outlined in the following: “(c) A person shall not be denied custody or visitation of a minor for acting in accordance with this act, unless the person’s behavior is such that it creates an unreasonable danger to the minor that can be clearly articulated and substantiated,” according to the MICHIGAN MEDICAL MARIHUANA ACT Section 333.26424.

The law requires that in order to qualify for protection under the Michigan Medical Marihuana Act, the patient must:

Provided the medical marihuana user adheres to these standards, he or she cannot have custody altered on the basis of marihuana use alone.

“This affirmative defense needs to be raised pre-trial and the cardholder has the burden of proof. The defense is only presumed valid if a physician has given a professional stated opinion after a full assessment of the patient’s medical history and condition, that there is a bona-fide patient/doctor relationship and the patient will receive benefit from the marihuana treatment,” according to a 2016 Michigan Institute of Continuing Legal Education (ICLE) Family Law presentation by Gail M. Towne, Amy A. Yu and Rick Van Laan titled, “Navigating Substance Abuse Issues in Family Law Cases.”

The Medical Marihuana Act does contain the phrase, “unless the person’s behavior is such that it creates an unreasonable danger to the minor that can be clearly articulated and substantiated.”

So what constitutes unreasonable danger to the minor?

The ICLE seminar materials suggest instances such as driving while under the influence while the kids are passengers or regularly exposing the children to high levels of second-hand smoke.

According to the ICLE seminar materials, a child can be tested for second-hand drug exposure. There are specific tests that show the low-levels that may indicate second-hand smoke. According to the seminar materials, at-home-testing kits are a place to start but may provide either false-positives or false-negatives. A pediatrician can do accurate testing that would have the best chance of holding up in a custody case. It would also be important for the non-marijuana using parent to be tested to show conclusively that the exposure is not coming from his/her household. It is also possible to test fabrics, such as couch cushions, to show whether a pervasive level of smoke is regularly present in the household that could cause detrimental affects to the children.

“Many of the long-term health effects of exposure to marijuana smoke are still being studied but may include cough and respiratory infections. There is also an increased risk of heart attack, stroke, decreased fertility, and alterations in memory, attention, and learning, according to the blog, “Childhood exposure to marijuana – What you should know” by greenkidsdoc.

Other potentially dangerous actions could include leaving drugs, or foods containing drugs, where minors can access them or inviting other drug-using strangers into the home. Again, these risks must be provable in order to make a case for altering custody.

For more information about how to substantiate proof of harm to minors, contact an experienced family law attorney such as Kathryn Wayne-Spindler.

When a parent chooses NOT to see the child

4 Things to Do Once the Divorce is Final

Can I record conversations I have with my spouse?