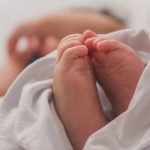 Divorce Law and The Case of the Embryo

In most divorces, the two main areas of concern are addressing the custody of any children and dividing any property the parties own. It seems obvious that these two areas do not generally overlap, but with advances in reproductive technology, there is the potential for overlap in regards to frozen embryos. Key questions revolving around embryos are being litigated in Michigan courts that could have far reaching repercussions involving the future of frozen embryos in divorce matters. Laws are often reactive in nature and evolve to address issues as they …come up… It isn’t until a problem arises that governments react and take action to draft laws to address those issues. One area where this is abundantly clear is with scientific advancements. The divorce laws in Michigan don’t take into account frozen embryos. 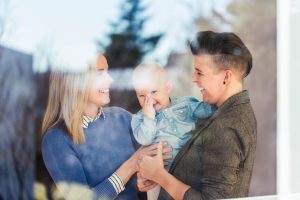 Naturally, without any laws or other guidance on the subject, there are a lot of questions that arise in the courts with how to properly deal with embryos. The key question that the courts are faced with embryos is essentially, whether to treat frozen embryos as a custody issue or a property issue. The solution to that initial question will go a long way in resolving most of these disputes. Once lawyers have a better understanding of how courts will treat the issue, they will be better able to appropriately advise their clients on their options and can proceed accordingly. Unfortunately, there is no clear legal answer to that question at this time. If the courts decide to treat this as property, the question becomes how to divide the property if the parties cannot reach an agreement.

Generally for divisions of property, if the parties can’t agree on how to divide certain assets, such as a house, a court will order the asset sold and equitably apportion the proceeds from the sale between the parties. In the case of frozen embryos, if the parties’ can’t equally divide them, selling them is not an option. Once awarded, there is also the chance the recipient uses the embryos, which could have serious implications for the other spouse that did not receive them. One major consideration is whether the non-recipient spouse is a parent?

As science evolves, the law often lags behind technological advances. One area this is clear is with embryos. Like with all marriages, people usually go into them with open minds and hope for the best without considering the worst. It is important to discuss the issue with your spouse or partner and discuss what could happen. There are further implications with unmarried partners who have frozen embryos. Does the biological dad have rights to them?As with any marriage, parties go into expecting the best and not preparing for every conceivable? When couples cannot agree on these issues, a Family Court judge will decide for them. 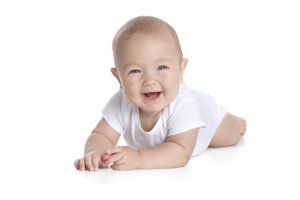 The case of the Embryo

system. It involves an unmarried couple who are parents to one minor daughter who reportedly suffers from sickle cell disease. The couple has 10 frozen embryos in storage with the fertility clinic that they used while undergoing an assisted reproductive technology procedure known as in-vitro fertilization or “IVF”. In IVF, a woman’s eggs are harvested and combined with sperm in a laboratory in the hope that fertilization will occur and embryo(s) will result which can be transferred to a woman’s uterus and result in a pregnancy. Pursuant to a contract between the couple and the fertility clinic, the frozen embryos cannot be thawed and implanted in the mother’s uterus in an attempt to have another baby without the consent of both parents. The mother wants to use the embryos to conceive another child in the hope a new sibling’s umbilical cord cells may be harvested and used in a cure for the daughter’s disease. But the father and former boyfriend has refused his consent. The mom originally sought custody of the embryos from the Family Court, but the judge initially claimed the court only had jurisdiction over child support and parenting time of the existing daughter–not a “contract dispute” between an unmarried couple over the embryos. When the mom appealed, a higher court returned the case to that judge for “more work and an evidentiary hearing”. It will be interesting to follow this case through the appeals process. In another case, a woman was granted the right to destroy embryos that her ex-husband hoped to use at a later date. She argued that the court could not force her to become a biological parent against her will. This is a common argument that many courts have upheld, even in cases where there were provisions in place for divorce.

In one Massachusetts case, a woman and her husband created seven separate embryos through IVF treatments, and each came with a contract that granted the woman rights to use the embryos in the event of divorce. However, the man fought this and the courts upheld his right to avoid becoming a biological parent, even though he had signed the agreements when the embryos were created. In general, it seems that courts tend to favor spouses that prefer to avoid becoming parents following divorce. If you plan to freeze embryos with your spouse, it’s best to first understand the laws and precedents in your state, and then to discuss your positions on what will become of them in the event of divorce. When you come to an agreement, sign a contract. This won’t necessarily determine a court’s position in the event of dispute after divorce, but it’s a good place to start. For advice on this issue and others like it contact Spindler and Associates. The attorneys at Kathryn Wayne-Spindler & Associates are experienced attorneys who change with the times to meet the needs of their clients. Contact  Contact the Milford, Michigan law office of Kathryn Wayne-Spindler & Associates at 248-676-1000 for assistance. The attorneys of Kathryn Wayne-Spindler & Associates practice family law throughout Southeastern Michigan including Oakland, Wayne, Washtenaw, Genesee and Livingston counties as well as four mid-Michigan counties Clare, Gladwin, Ogemaw and Roscommon. The attorneys handle cases in Milford; Highland; Hartland; White Lake; Wixom; Commerce; Walled Lake; Waterford; West Bloomfield; Linden; Fenton; Flint; Grand Blanc; Holly; South Lyon; New Hudson; Howell; Clare; Gladwin; Houghton Lake; Higgins Lake; and many more Michigan communities.