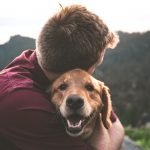 In many divorce cases, Spindler and Associates has worked out shared “parenting” arrangements regarding pets. But that is only when two people want to work that into their agreement.

Without that the law is clear says Kathryn. Dogs are property, or so Anglo-American common law states. Since dogs are seen as property within the court system in Michigan as well as many other states, taking a dog without the owner’s consent (or even killing a dog) is a crime. Property law makes a dog no different than a couch or any other type of personal property.

When it comes to divorce proceedings, the law is no different. A dog is seen as property and is listed under the property division portion of a divorce proceeding. There is no regard to which party has the stronger relationship with the animal or which party loves the dog more. While we would like to hope that a dog would reside where the children (if any) reside, this is not the case, this has no bearing on the court’s decision of the division of property.

The law does not see how people view their dogs as family and the many roles a dog plays in their human’s life. A dog is seen by its people as far more important than a collection or other property. 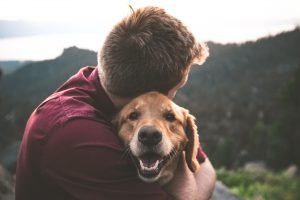 Science backs the notion that dogs and their owners form family bonds. Dogs are sweet and loving, humans become attached to their dog, and a very strong emotional attachment develops. Some people even have dogs for emotional support and healthcare reasons. The connection between a person and their dog is far greater than what a person feels towards a couch or a collection, but for some reason the law does not account for this.

The treatment of dogs as property in family law, ends with civil law. State, county, and local governmental agencies investigate a person who applies to adopt a dog at a government owned shelter. If an animal is abused by someone, the person is charged with criminal charges and other consequences of their actions. States can deny freedoms because of someone’s past with a dog due to welfare reasons, but a dog’s welfare is not considered in a divorce proceeding.

In divorce law, no attempt is made to force a custody decision, as the laws remain unchanged when it comes to dogs. The family court has the discretion to decide during a divorce that the family dog be sold and the proceeds be divided between the parties, no matter how much the dog is loved.

While it be nearly impossible to decide the best interests of a dog and doing so would increase the investigation burden of the court, many people do not see the difference in a dog’s welfare compared to a child’s. For some families, the dog is the child, whether this be due to infertility, choice, or many other circumstances. Therefore, when it came to a court decision, they would want their dog’s welfare to be treated with importance. 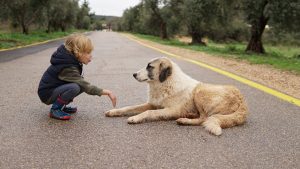 Courts can retain jurisdiction over custody when minor children are involved, but it remains unknown if the same would happen to ensure placement was chosen correctly for a dog.

Some states have had new case law set precedence and other states are following suit. The states that have new case law regarding the family dog being more than just property are the ones who understand how much a dog means to a person, and the consideration of the dog’s best interests are taken seriously before the court.

Dog custody may become a new norm as more and more states rule and set precedence or laws regarding the best interests of a dog.

For more information, please see article “A Dog’s Breakfast: How Family Law Treats Dogs in a Divorce” by Rob Teir on www.familylawyermagazine.com