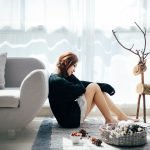 Teens and Divorce Court. This topic can be found at www.familylawyermagazine.com/custody, “Teens Addressing the Court: A New Rite of Passage” by Dr. M. Jude Egan, Family Lawyer.

I understand that it is becoming a new norm for teenagers is to address the court in a divorce case, but not just any divorce case, a case that involves their own parents? I have not seen it very often. But I have had many clients ask about it. However, many teenagers have been introduced to the court by being asked to talk to a judge about their living situations with their parents. Most judge’s do not blatantly ask the children whom they prefer to live with, but it is my belief the judge will ask them a variety of other questions about who does the majority of the parenting and whom they feel the closest feelings of warmth and love and then they might just ask a child who they would rather live with. Regardless of whether or not it should be done, it is done. And every Judge is different, even with standard protocols in place. 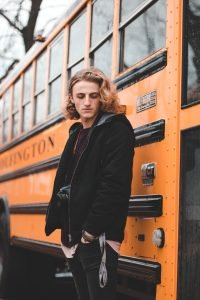 Michigan has best interest factors of the child under MCL 722.23. These 12 factors help the Court decide child custody. MCL 722.23(i) states “the reasonable preference of the child, if the court considers the child to be of sufficient age to express preference.”

The problem with the children coming to Court is that too often, one or both parents have talked to the child about what their preferences are or even coached them into stating that they want to live with one parent or the other. Some children may even say things out of fear. Hopefully, judges are able to distinguish what is coaching from what is genuine feeling.

I agree that in a more positive light, this is an opportunity for children’s voices to be heard. This is the only time children have their voices heard and are considered someone “official” in the divorce proceedings. There is something powerful about letting children come to the court room and describe their experiences, wishes, hopes, and fears to the judge in the case; on the other hand, this can also be helpful for the parents who are so caught up in their own experience of the divorce that they forget about their children’s wishes.

This can be a very “authentic” action that happens in the divorce case, because even though the children may have been coached, the children end up telling the whole story to a judge. This can be empowering for the teenager whose voice is so often lost in the divorce process that their needs become almost invisible to their parents. Often the parents become so intent on “winning” or “sticking it to the other side” that the parents forget that the children have deep feelings about what is going on.

Obviously, there are downsides to a teenager being involved in a divorce case, most of which falls under the fact that most teenagers are going to rebel against the parent who is stricter on them to do better and often this parent disciplines. The teenager will want to stay with the parent who does not have these same set of standards. We see this in many cases. 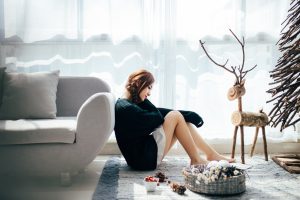 She notes in her article, that Judges and lawyers should rally around the principle of giving a teenager a little of what they want and more of what they need. The judges and lawyers should take a close look at not only what the teenage say they want, but the reasoning for wanting it. This is a place where balance can be struck between letting the teen voice have a place in the courtroom, but not control all of the adults in the room.

This can be achieved by granting teens some of their requests and in exchange the teens may open up to other things such as having a relationship with both parents. Good Orders or agreements give children some voice in the outcome of their lives but also ensure that they understand that they will not be the only decision-makers. If the parents are having a tough time doing it, this is the type of work that lawyers and judges can do for them.

More information on this topic can be found at www.familylawyermagazine.com/custody, “Teens Addressing the Court: A New Rite of Passage” by Dr. M. Jude Egan, Family Lawyer.

The Law Offices of Kathryn M. Wayne-Spindler, P.C. can assist you in such matters. We can explore all legal options with you, formulate a plan based on your goals, and resolve your dispute. Please contact our Milford office at (248) 676-1000 to discuss your specific real estate needs. We help clients throughout Southeastern Michigan, including Genesee, Oakland Livingston, Washtenaw, and Wayne Counties, as well as Mid-Michigan in Clare, Gladwin, Ogemaw, and Roscommon Counties. Our experienced attorneys have counseled such clients in Milford, Hartland, Highland, White Lake, Commerce, Walled Lake, Waterford, West Bloomfield, South Lyon, New Hudson, Brighton, Howell, Ann Arbor, Holly, Fenton, Flint, Linden, Clarkston, Houghton Lake, Higgins Lake, Roscommon and many more local communities. And soon to be opening another office in Dadeville, Alabama.