The Domestic Violence Power and Control Wheel is a “powerful” tool for both determining abuse and proving it in court. A spouse can use the factors outlined in the wheel to show a pattern of mistreatment that can impact the divorce settlement. 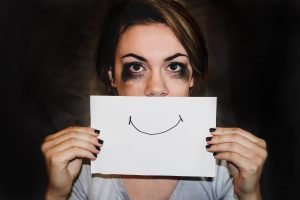 Although most divorces begin with the premise of equitability, the division of marital property and debt can be affected if it can be proved that one of the spouses was emotionally, physically, sexually or verbally abused.

(For the sake of clarity in this blog, we will use to refer to the aggressor as the male and the victim as female. Although there are certainly abused husbands and dominating wives, statistics show that 85 percent of abuse victims are women.)

The Domestic Violence Power and Control Wheel was designed by the staff at the Domestic Abuse Intervention Project (DAIP) in 1984. They interviewed abuse victims and compiled categories of the most common types of mistreatment. The wheel allows room for interpretation because every relationship has a different dynamic. One woman may not mind her husband calling the shots on major purchases while she can’t stand when her husband criticizes her parenting. The important issue is equality. Both husband and wife should feel confident that they have some power and control in marriage. The wheel can help a woman recognize whether the balance of power is lopsided.

“Battered women can point to each of the tactics on the wheel and clearly explain how these behaviors were used against them.  They are able to see that they are not alone in their experience and more fully understand how their batterer could exert such control over them,” according to the Duluth Model website.
Often, a woman can be so used to the mistreatment from her husband that she begins to think that it is “normal” or that there is something wrong with her for not tolerating it.  The wheel is a useful tool to allow women to recognize and verbalize the abuse and get help.

If a woman decides to stay in the marriage, the Power and Control wheel and its partner – “Equality Wheel” can be useful as the couple goes through therapy.

When a woman wants to separate from a domineering spouse, it can be scary and uncertain.  Her self-confidence could be low from years of criticism. The wheel can help her realize that she can trust her instincts; that other people would agree that what she’s endured constitutes abuse; and that she is justified in seeking a divorce.

Once she has decided to file for divorce, she needs to assess her safety. Often, an abusive husband will become enraged when he realizes that the person he has abused in order to make himself feel more powerful, is leaving.  He may lash out in new ways.  If needed, work with a lawyer to get a Personal Protection Order.  It’s also important to get support from friends, relatives, and counselors.

During the divorce settlement negotiations, the lawyer and a social worker will work to get proof of the abuse that can warrant a larger piece of the asset division.

Judges and divorce lawyers are familiar with the wheel so it can be utilized along with a social worker’s testimony during the trial to demonstrate that the victim suffered unfair treatment by a spouse.