Dividing digital marital property assets is an emerging challenge for couples during the divorce settlement negotiations.

Time was, dividing the CDs (or to step even farther back in time, vinyl albums) after a breakup or divorce was intense. Something about music brings out the nostalgia of lost love. Memories well up when one hears “our song.” Same goes for photo albums, movie collections, and books.  It was tough when there was one hardcopy.  So what happens when all of that is shared from the same cloud or online account?  In these days of On Demand, SnapFish, Kindle, iTunes and family sharing, who owns the digital files and how are they split after divorce? 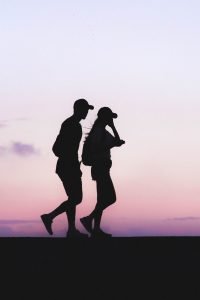 “Digital assets are intangibles that only exist in a digital form (i.e. data in the form of binary digits). Such assets may include: e-mail and social network accounts; websites; domain names; digital media, such as pictures, music, e-books, movies, and video; blogs; reward points; digital storefronts; artwork; and data storage accounts.  These assets, although intangible, are marital property and are subject to characterization, valuation and division, during divorce,” according to Michelle O’Neil, a Dallas, TX divorce attorney.

As with most assets acquired during marriage in Michigan, digital files would be considered marital property and should be divided equitably.  However, that’s just considering the financial value of the books, songs and movies.  As many would acknowledge, there’s an emotional attachment to a music collection that makes a playlist somehow more valuable than say a blender even if both could be replaced for the same cost.

As Susan Johnston wrote in the article, Dividing Digital Assets in Divorce, “It is possible to transfer ownership of a car, but that’s not always feasible with digital goods.  ‘The user agreement may state you cannot [transfer ownership] and any judge’s ruling would not supersede that,’ says Brette Sember, a former divorce attorney and author of The Divorce Organizer & Planner (McGraw-Hill, 2004).  ‘However, the judge could then award something else in lieu of that.’”

One divorce blog suggested making a list of all the digital assets and then attaching an emotional priority rating to each in addition to the estimated dollar value. That would give a divorce attorney direction on your willingness to negotiate outside of the financial equitability.  For instance, for a photographer, preserving a Shutterfly account might be a priority over Netflix purchases regardless of their financial value.

As many divorce blogs attest, this is an emerging aspect of the law that will continue to challenge courts and family law attorneys in the modern divorce age.