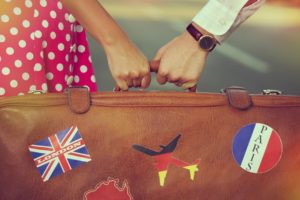 Sometimes high-profile celebrity legal battles shed light on common but little-known aspects of the family law system. Such is the case with Gossip Girl star Kelly Rutherford’s five-year International custody battles with her ex, German businessman Daniel Giersch. The couple divorced in 2010 after a four-year marriage. Although the ex-spouses were awarded joint custody, a United States judge decided when Giersch’s U.S. Visa expired in 2012, the kids would move with their father to Monaco. It was also ordered that Rutherford would retain joint legal custody and visitation rights and that Giersch would apply for a new Visa so that he and the children could eventually move back to the U.S.

Recently, Rutherford returned to the courts to argue that she does not have the access to her children that was granted in the original custody agreement because Giersch was resisting sending the children to the U.S. for their summer vacation with Rutherford. She also argues that he’s in violation of the custody rules because he has not sought to obtain a new Visa.

In May 2015, a Los Angeles judge granted her a hearing and temporarily gave her sole legal and physical custody of her children to fly them back from Monaco for a June 15, 2015 hearing. However, People Magazine reported that, “during a prearranged phone call, California and Monaco judges decided against sending the Gossip Girl star’s kids with ex-husband Daniel Giersch to Los Angeles for a court hearing…The L.A. judge is not certain he has jurisdiction over the case and postponed the court date until July 9.” According to the People article Giersch may be trying to file for sole custody through the Monaco courts.

Despite the delay, Rutherford and her children were reunited in New York City in early July for the traditional summer visitation that she was fighting for. The children will return to Monaco for school in the fall according to the US Magazine article, “Kelly Rutherford Finally Reunites With Kids in NYC Amid Custody Battle.”

At issue in the Rutherford case is jurisdiction and the role of the 1980 Hague Convention treaty in regards to parental rights.

“The Hague Convention of 25 October 1980 on the Civil Aspects of International Child Abduction is a multilateral treaty, which seeks to protect children from the harmful effects of abduction and retention across international boundaries by providing a procedure to bring about their prompt return.”

Michigan family law attorney Kathryn Wayne-Spindler explains that the treaty between 80 participating countries (including the United States and Monaco) provides recourse if children are either wrongfully removed from their country of habitual residence or if one parent is denied access to children living in another country. Wayne-Spindler, who handles International Custody cases, explains that the treaty ensures that participating countries cooperate to return abducted children to the country of habitual residence; enforce custody and visitation orders; and allow the proper authority to decide any post-judgment modifications.

In Rutherford’s case, a U.S. court granted Giersch the right to take the children to Monaco. So it was not an illegal parental abduction. She was seeking enforcement of the visitation rights granted in the custody agreement and of the order requiring Giersch to apply for a Visa. Article 1b of the 1980 Hague Convention on Civil Aspects of International Child Abduction ensures “that rights of custody and of access under the law of one Contracting State are effectively respected in the other Contracting States.”

It’s not just celebrities and wealthy, high-profile ex-spouses that are impacted by International Child Abduction and custody disputes. Anyone in a contentious co-parenting situation could find themselves in a situation where an ex is breaking the custody agreement by taking children across International borders. Wayne-Spindler advises seeking legal help quickly for international custody battles.

“Time is of the essence,” she says. “The longer a parent has been disobeying custody rules, the harder it is to enforce them.”

Sometimes a parent thinks that if he or she just acquiesces on one item, the other parent will eventually reciprocate. Unfortunately, by not confronting custody order infractions, often the parent who breaks the custody agreement takes it as a sign of tacit acceptance and may commit further violations thinking that he or she will not be challenged.