The Great ADHD Debate is in the news all the time. Although most people now tend to acknowledge that there are actual ADHD sufferers out there and that it is indeed a “real” diagnosable and chemically-treatable disorder. There is still much debate over whether ADHD is being over-diagnosed and over-medicated. The Mason-Dixon Line of the ADHD battle seems to be, “To Drug or Not to Drug.” Divorced parents who disagree about ADHD sometimes end up in court over child custody matters like medication for mental illness. 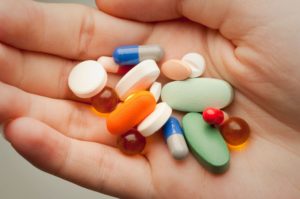 On the one side, some parents cry out against the Zombification of future generations. Anti-Ritalin proponents claim the behavior problems can be solved with stronger discipline; less screen time; no food coloring; healthier diets; more sunshine; more sleep; or wider tolerance for “active types.”

On the other side, parents, children, and teachers are celebrating the calming, centering impacts for students who would not be able to function in modern American classrooms without a pill every morning. Some children report that they feel in control both socially and academically when they take their prescribed ADHD medicine. But even a good thing can be overdone. And there are certainly side-effects and trade-offs for the medication’s positive effects.

Books have been written about each side. In the big picture, there is no easy answer. And the solutions get even stickier when we narrow the scope and look at individual families with parents in opposite camps. But what happens in divorced families when the parents disagree about ADHD or other mental health treatment?

After a divorce or custody order when co-parents don’t agree about children’s mental health, sometimes the only option is to involve the courts. Unlike other medical conditions, mental health issues – such as ADHD, anxiety, eating disorders, and depression – are not cut and dry. No one would deny a child anti-epileptics, asthma inhalers or insulin, but when it comes to the “optional” drugs such as Valium and Prozac, parents don’t always agree about their effectiveness or necessity.

So what’s the process when divorced parents disagree about ADHD?

The first factor is custody. If the spouses share Joint Legal Custody (this does not always equate to Joint Physical Custody) they must agree on pursuing medical treatment. If one refuses, the parent who is advocating mental health evaluation must file a motion to have a judge look at the arguments. According to Family Law Attorney Kathryn Wayne-Spindler, “Mom or Dad should come prepared to prove to the court that others, including experts, believe that evaluation and possibly treatment would be in the child’s best interests. He or she has to show that the child is suffering either academically or socially or both.”

Wayne-Spindler recommends getting written recommendations from teachers, school counselors or administrators and bringing records from school testing or social work evaluations. After hearing both sides, a judge can decide to recommend evaluation and/or treatment or that further action is not warranted. Sometimes a judge will request a two-step process whereby the testing is okayed but treatment is subject to further court approval. Once testing is performed by an expert, the results and expert recommendation are brought back the judge for approval or denial of treatment. The process can take several months. Once a judge has ruled, both parents must respect the court order.

What recourse does a parent have if the ex-spouse is not administering the required medication?

Wayne-Spindler says, “If a parent refuses to follow the court’s instructions, a judge can say, ‘Follow the directions of the treating physician or you could lose parenting time.’”

This is, unfortunately, a common scenario for divorced co-parents. Kathryn Wayne-Spindler has seen many situations where court orders are required to solve mental health treatment disputes when parents disagree about ADHD. For more information, contact her office at 248-685-8888. The experienced attorneys at Kathryn Wayne-Spindler & Associates can help with all child custody matters including post-judgment modifications. For parents who disagree about ADHD, sometimes legal action is required. Our office handles cases throughout Southeastern Michigan including Oakland, Wayne, Washtenaw, Genesee and Livingston counties.