The highly-contentious divorce battle between Food Network star Bobby Flay and actress Stephanie March is resolved. The much-publicized case held interest beyond the paparazzi because of a 10-year-old contested prenuptial agreement. In it, Flay and March agreed that if they were to divorce, March would get $5,000/month alimony and a $1 million buyout on their homes. March had been fighting the prenup’s viability based on her alleged contributions to the building of his $20 million restaurant fortune. She also accused Flay of cheating. Infidelity could potentially be grounds for invalidating a prenuptial agreement. In the end, the settlement is somewhat of a compromise. 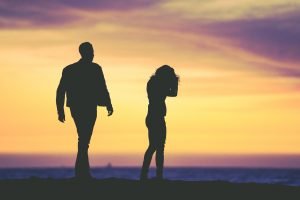 According to several articles, Flay kept both of the couple’s houses but compromised on a monthly alimony sum more than the prescribed $5,000/month. Reports claim that Flay agreed to a greater amount in an effort to avoid a divorce trial that could reveal alleged infidelities. “Flay denies he cheated on his wife during their ten-year marriage. However, the source insists the Food Network star agreed to cough up more money for March ‘wasn’t due to Bobby’s desire to do the right thing, but his fear of being exposed [as an alleged cheater].’”