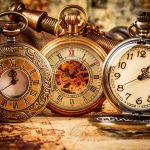 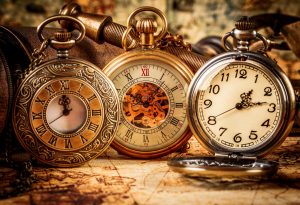 After almost a year of legal wrangling, Robin Williams’ widow and his three children from former marriages settled their estate battle out of court. The high-profile probate dispute followed the death of Williams in August 2014.

His legal trust spelled out the division of possessions and assets. However, his widow, Susan Schneider Williams, claimed she needed more money to maintain the house that was left in her name. She also wanted some of Robin Williams’ personal possessions that were intended to go to the children, including some items of clothing including his slippers and t-shirts.

“While exact terms of the agreement were not disclosed, lawyers stated Schneider will receive enough support to continue living in the home during her lifetime. Zachary, Zelda and Cody Williams, however, will eventually inherit the property,” according to the Huffington Post article, “Robin Williams’ Family Has Ended A Long Legal Battle Over His Estate.” The Huffington Post article goes on to relate, “’The children are relieved to have this behind them,’ a lawyer for the Williams children told The Associated Press.”

Mediation is a legal negotiation that takes place outside the courtroom. The two parties select a mediator who may also be a lawyer. White Lake Probate Mediator Kathryn Wayne-Spindler is a trained mediator and experienced lawyer. She helps families arrive at satisfactory compromises to their probate disputes. Both sides of the probate dispute meet on a couple of occasions with the mediator who will direct and facilitate the discussions. Once an agreement between parties is reached, the mediator will summarize the agreement and assist the parties in having it legally recognized by the courts.

Mediation can be successful in probate cases. In many estate disputes, such as the Williams’ family case, there is common-sense middle ground. This leaves room for mediators to settle some probate disputes out of court. For many families, the quicker the estate is resolved the sooner the emotional healing begins.

Probate mediation is most likely to be successful when both parties desire a resolution out of court and are prepared to compromise. It can be quicker and less expensive than litigation. It can also be less contentious. Mediation allows both parties to have more power over the outcome than if the case goes before a judge who hands down a decision.

Going into mediation, it’s important for both sides to recognize the difference between their emotional differences and their legal dispute. While a mediator can sympathetically and compassionately address the legal disagreements, he or she will not be able to solve the emotional distress between family members after the death of a loved one.

Mediation also usually requires that both parties be on equal standing.

“I don’t recommend mediation when one party is compromised by either mental or physical illness,” advises White Lake Probate Attorney Kathryn Wayne-Spindler. “There are also instances when one party would naturally be at a disadvantage because of emotional abuse.”

Wayne-Spindler is an experienced Oakland County Probate Attorney and Trained Mediator who has handled hundreds of local probate cases in her 20+ years of Family Law practice. She knows the Southeastern Michigan courts and judges. She also knows probate clients. You can trust Kathryn Wayne-Spindler to advice the right course of action in your probate dispute – be it litigation or mediation. She has the aggressive instinct to fight for your interests in court as well as the compassionate reason to help determine a balanced compromise out of court.