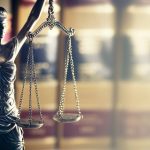 In between filing for divorce and the first appearance before a judge, a Friend of the Court Referee will see the two parties in a mandatory Early Intervention Conference or similar pre-trial meeting. These meetings are required in Oakland, Wayne, Washtenaw, Genesee and Livingston Counties but may be called something different. 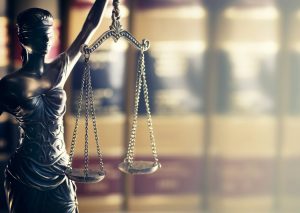 This conference is designed to try to see where the couple stands on the main terms of the divorce. According to the Oakland County Circuit Court website, the topics to be hashed out at the Early Intervention Conference include:

In Oakland County, at the time of the Early Intervention Conference, co-parents will also attend a mandatory one-hour conflict resolution seminar called SMILE (Start Making It Livable for Everyone).

“The program assists parents to better understand how conflict existing between them affects their children, how to communicate on a positive level and how to be flexible and compromise as co-parents in making decisions about their children,” according to Oakland County Court System SMILE program.

Along with the basics of explaining how divorce impacts children of all ages, the SMILE program includes topics like “Divorce Games People Play” and the “Children’s Bill of Rights.”

The Washtenaw Trial Court Friends of the Court also provides a useful handbook with information for parents adapting to co-parenting.

In Wayne County, the program is called, “Kids First.”

In addition to the Early Intervention Conference and SMILE program, there is a mandatory waiting period of six months in Michigan between filing for divorce and the granting of a divorce decree.

“During this waiting period, the FOC may investigate issues, the parties and attorneys may negotiate, and sometimes the parties may reconcile. Many parties become involved in counseling and mediation during this time. This waiting period may be waived if the court finds that good cause exists to waive the six months,” according to the Oakland County Overview of Divorce.

White Lake Divorce Attorney Kathryn Wayne-Spindler understands that for most people, divorce is a once-in-a-lifetime event so they may not be aware of the process, requirements and timeframe. She walks her clients through divorce step-by-step including the filing, hearings and motions, Early Intervention Conference, Co-Parenting Classes, Judgment of Divorce, and Post-Judgment Modifications. To find out more about divorce in Oakland, Washtenaw, Wayne, Genesee, and Livingston Counties, contact the law office of Kathryn Wayne-Spindler & Associates. Call the Milford, Michigan office at 248-685-8888. The attorneys handle cases in Highland, Hartland, Milford, White Lake, Wixom, South Lyon, Holly, Grand Blanc, Fenton and Commerce Township and many more local communities.

How to Obtain and Present Social Media Evidence

How an Attorney Can Defeat a Courthouse Bully