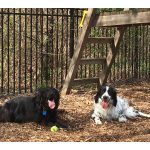 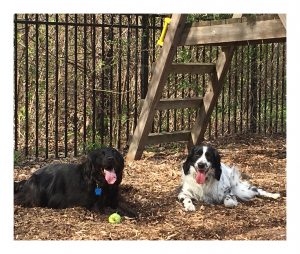 Mick Jagger once said, “anything worth doing is worth overdoing,” and that certainly applies to over-the-top Pet Trusts. There are countless examples of extravagant pet inheritances like multi-million dollar residences, gourmet food plans and high-class transportation.

For instance, Megan Johnson writes in her blog, “Will Bark for Trust Fund: How the world’s richest pets spend their inheritance” about “Conchita, the Chihuahua of Miami heiress Gail Posner, and her “sisters” (a Maltese and a Yorkie) are chauffeured around town in Conchita’s very own gold Cadillac Escalade. When Posner passed away in 2010, Conchita and her four-legged siblings inherited her Miami mansion and $3 million cash—$2 million more than Posner’s (human) son, Bret Carr.”

Other high-profile pet trust creators include celebrities like Joan Rivers. “At the time of her death, Rivers’ estate was worth approximately $150 million, and she clearly knew that estate planning was no joking matter. Most of her assets were left to her daughter Melissa and her grandson Cooper. However, the celebrity also took the additional step of setting up a pet trust for her four dogs,” according to the blog, “Joan Rivers’ Estate Included a Pet Trust.”

Rachel Hirschfeld’s article “Estate Planning Issues Involving Pets” on the American Bar Association website reads, “The mainstream press often makes a mockery of transitioning pets from owners to pet guardians; they focus only on the large funds left for the pets’ care and ignore the fact that the remainder beneficiaries are often animal charities.”

The ASPCA explains the Michigan statute regarding Pet Trusts, enacted in 1998 and amended in 2009, allows that, “A trust may be created for the care of a designated domestic or pet animal. The trust terminates when no living animal is covered by the trust, or at the end of 21 years, whichever occurs earlier.”  It also allows courts to adjust for extremes, “(f) The court may reduce the amount of the property transferred if it determines that that amount substantially exceeds the amount required for the intended use. The amount of the reduction, if any, passes as unexpended trust property under subdivision (b).” according to Michigan Legislation 700.2722 Honorary trusts; trusts for pets.

Pet Trusts are not just for the Rich and Famous

According to the ASPCA Pet Trusts are useful and should:

Additionally, Hirschfeld’s article reminds pet owners to include a specification that pets remain together and that the trust should apply to future pets acquired after the paperwork is completed.

Another issue to consider is remainders. According to the American Bar Association, “Most people incorrectly believe that all of the funds must be spent on the pet. This is not true. As a matter of fact, it is vitally important to direct the distribution of all funds remaining in the documents so that the court doesn’t get involved in doing this. The majority of pet owners leave the remaining funds after the pets’ death to animal charities and family. It is important that the remainder is left in percentages as opposed to whole numbers; you never know what the final number may be.”

Experienced Howell Estate Planning Attorney Kathryn Wayne-Spindler says, “It’s relatively simple to add a Pet Trust to other Estate Planning Documents like Wills and Powers of Attorney. There’s no reason to leave the care of your animals to chance.”