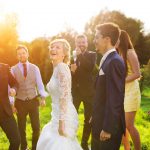 What will the Marriage of the Future look like?

People are pondering the Future of Marriage. Will it even still exist in 50 years? If so, will it resemble the marriage that is familiar to current generations?

“The marriage apocalypse may be coming. Talk to any millennial and you can envision an America virtually marriage-free, with everyone happily single,” writes Carol Costello in her blog, “Ready for the Marriage Apocalypse?”

“Right now, about 40% of Americans think marriage is obsolete as a concept. They are not sure it is even necessary. As a result, less couples than ever before are married, and marriage rates will continue to decline into the future. There is no longer motivation to marry. Couples no longer need to marry to have children, to pass on their property or to have sex. In one hundred years, marriage may not even exist,” according to a Huffington Post blog by Tammy Nelson, PhD. titled “The Future of Marriage.”

Historically, there are a handful of standards that describe traditional American marriages.

Not so. Divorce rates demonstrate loud and clear that “the forever” marriage is no longer the norm.

“In the future, in order to avoid this, marriage will be defined by shorter, more renewable contracts, in five-year increments, or smaller two-year contracts with options to renew. These agreements will be revisited at the end of their lease, and either renewed or ended, depending on how the requirements and expectations of the contract are being fulfilled,” according to a Huffington Post blog by Tammy Nelson, PhD. titled “The Future of Marriage.”

In June 2015 the Supreme Court ruling made same-sex marriage a right nationwide.

The response: “A new Gallup survey estimates that 123,000 same-sex marriages have taken place across the U.S. in the year since the Supreme Court ruling that legalized such unions nationwide. Gallup says the proportion of gay and lesbian cohabiting couples who are married has increased from 38 percent to 49 percent during the year, according to the June 2016 article, “Same-sex marriages in U.S. since Supreme Court ruling estimated to be 123,000.”

“According to the U.S. Census Bureau’s Current Population Survey, in 2014, 47.6 percent of women between age 15 and 44 had never had children, up from 46.5 percent in 2012. This represents the highest percentage of childless women since the bureau started tracking that data in 1976,” according to the article, “A Record Percentage of Women Are Not Having Kids. Here’s Why That Makes Sense.”

The article goes on to review all the ways that non-traditional parenting is working for many families. Second-parent adoption, fostering, surrogacy, single-parent families, and maybe even cloning someday are all ways that modern adults are adapting bearing and raising children to suit their lifestyles.

“Just in my 20+ years of practice, I’ve seen a major shift in custody,” said Hartland Family Law Attorney Kathryn Wayne-Spindler. “When I first started practicing family law, it was almost unheard of for fathers to be awarded parenting time. Now the expectation is that both parents will share joint equal custody unless there’s a really good reason not to.”

The courts’ shift may indicate a generalized societal recognition of the importance of the father’s role and the benefits for children of having two involved and loving parents regardless of gender or household situation.

So-called “Commuter Marriages” are not the shocking anomaly they once were. Long-distance marriages may even be opted by choice rather than necessity.

“Potentially, they’re getting the best of both worlds,” co-author Steve Du Bois explained to TODAY. They get independence, freedom to pursue their own goals; they get time for things like sleep. At the same time, they are able to reap the benefits of a relationship, which includes feeling supported.” 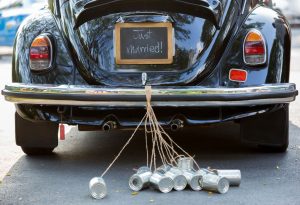 These are just four of the many, many ways that marriage is evolving – and with it, the role of the family/divorce lawyer. No matter what the future holds, it’s clear family law attorneys will stay busy. As attorneys and law-makers anticipate these changes, they will need to be creative and flexible.

“Millennials are demonstrating daily that they know what they want and aren’t afraid to pursue it even if it’s unconventional,” said experienced Hartland Family Law Attorney Kathryn Wayne-Spindler. “As a family and divorce lawyer, I have enough experience to know what’s possible and enough ingenuity to create a family construct that works for each client.”